While the latest rumors circling around say that Angelina Jolie doesn't really like the way Brad Pitt is aging (but if the rumors about her nasty nature are also true, 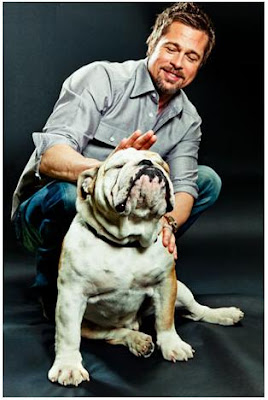 then it's not really easy aging gracefully beside her), and wants him to visit a plastic surgeon, it seems he doesn't have problems on the professional front.
Michele and Kieran Mulroney who were hired by Warner Bros. to write a "Sherlock Holmes" sequel have mentioned in their interview for "Collider" that Brad Pitt could be playing Professor Moriarty in "Sherlock Holmes 2":
Well, of course, we're gigantic Brad Pitt fans. I think he's a brilliant actor and a particularly brilliant character actor. And certainly the role that you're talking about of Professor Moriarty is a big character to bite off. I hope Brad likes it. Let's leave it at that. To be political, we should say nothing. 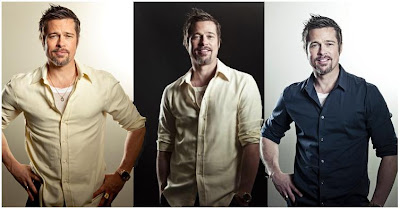 So what do you think about this? You know I'm not very interested in the movie since I can't stand Robert Downey Jr, but I know this movie has a lot of fans out there among you.
Posted by DEZMOND at 9:40 PM