Now this probably won't be a surprise to you, since it sounds like a natural choice: according to fresh rumors pop sensation Lady Gaga is in talks to write and sing a theme song for new James Bond movie 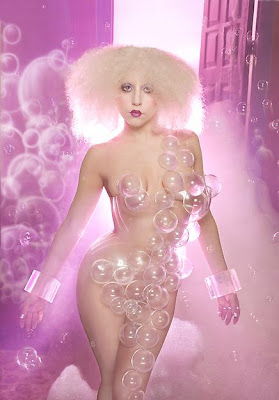 which is to be directed by Sam Mendes.
Here is what "The Daily Star" says about the whole deal: Bond bosses are all huge Gaga fans. Her sound and sense of drama make her the top choice. Gaga has the look as well as the voice to tackle a thundering ballad. She's a great songwriter too. This is perfect on every level.
As you recall, James Bond movies have had some great songs so far and some great flops as well. Some of the most famous musicians who have recorded songs for this franchise include Tina Turner, Shirley Bassey, Duran Duran, Garbage, Chris Cornell, Tom Jones, A-Ha...
Posted by DEZMOND at 3:56 PM