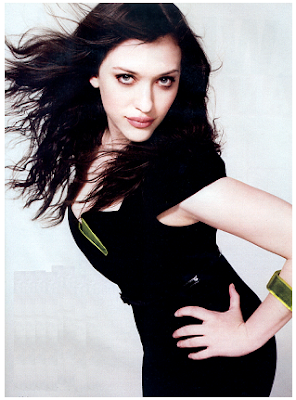 has just spoken to "MovieWeb" revealing some details on the upcoming super hero film "Thor" in which she will portray a character called Darcy Lewis. Speaking from the set in New Mexico where Kenneth Branagh is currently shooting the highly-anticipated film, she denied the rumors about the tension among the cast members, and admitted she's having the time of her life: I can't say too much, but I will say that it's probably been one of the most wonderful experiences I've ever had in my life. Kenneth Branagh is just incredible and so inspiring. She also shared her more than positive impressions about Chris Hemsworth who is playing the Thor himself: 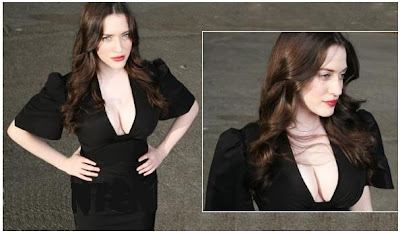 Chris Hemsworth is incredible. My jaw just dropped watching him. Oh my God. I can't even... he could not be more perfect for the role. Besides being the perfect Thor, he's just a great guy. I really like him a lot.
So guys, as you can see, there's no reason to worry whether relatively unknown Chris Hemsworth will do a great job playing the almighty Thor himself.
Posted by DEZMOND at 10:11 PM