Sad news, people, the story we had reported as a rumor at the beginning of the year, has been confirmed now: popular fantasy show "Legend of the Seeker" has been canceled which means that the upcoming second season finale will actually be the final end of the whole show. 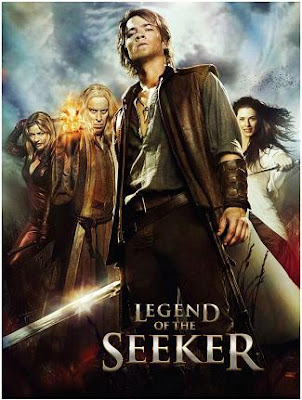 Although the second season brought interesting new characters, amazing sets and costumes, and entertaining plots, it seems that many countries have been dropping the series since winter, and the studio has lost too many markets for the show. According to "Ausiello Files" ABC, the producer of the show, has apparently tried to sell and offer "Legend of the Seeker" to possible buyers, but it seems no one was interested.
As you know, this refreshing series was the adaptation of Terry Goodkind's novels with the charming cast including Craig Horner, Bridget Regan, Tabrett Bethell and Craig Parker. It seems we won't be seeing their lovely faces anymore in this captivating action-adventure.
Posted by DEZMOND at 9:32 PM