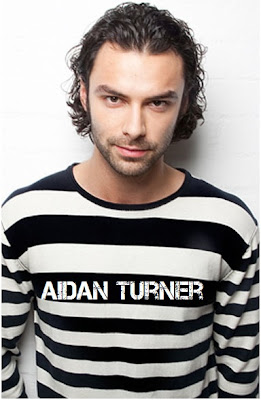 Another actor to  join the movie adaptation of fantasy saga THE MORTAL INSTRUMENTS is Irish star Aidan Turner, from BEING HUMAN and THE HOBBIT. He will play Luke Garroway, the surrogate father to the protagonist Clary Fray (Lily Collins)a young woman who learns she comes from a long line of demon hunters. The cast also includes Kevin Durand and Lena Headey. And speaking of fantasy, "MovieWeb" reports that director Jon M.Chu (GI JOE: RETALIATION) is in talks to helm MASTERS OF THE UNIVERSE. The story follows He-Man, the last hope for a magical world's survival against the evil Skeletor.


HOLLYWOOD SPY HEADLINES
By now, you've probably heard the big news: Peter Jackson and Warner Bros. have officially announced that THE HOBBIT will get the third film as well, not just two. The third part will draw its story from

the related material in the appendices of "The Lord of the Rings", and will help telling the full story of the adventures of Bilbo Baggins and the part he played in the sometimes dangerous, but at all times exciting, history of Middle-earth. The producers were apparently amazed by the early material from the first two films, which will hit cinemas December 2012 and 2013, and decided that the characters and the performances were amazing enough for the saga to have the third part as well. Meanwhile, stunning Rachel Nichols (CONAN THE BARBARIAN, GI JOE) has joined THE TEN O'CLOCK, a movie adaptation of Stephen King's story about a Boston man (Justin Long), who, while trying to quit smoking, makes the terrifying discovery that many authority figures are actually monsters, hiding in plain sight. Rachel Nichols will play a woman who can also see these creatures. 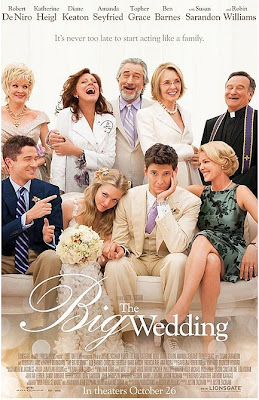 Amanda Seyfried, Ben Barnes and Topher Grace, THE BIG WEDDING is an uproarious romantic comedy about a charmingly modern family trying to survive a weekend wedding celebration that has the potential to become a full blown family fiasco. To the amusement of their adult children and friends, long divorced couple Don and Ellie Griffin (De Niro and Keaton) are once again forced to play the happy couple for the sake of their adopted son's wedding after his ultra conservative biological mother unexpectedly decides to fly halfway across the world to attend. With all of the wedding guests looking on, the Griffins are hilariously forced to confront their past, present and future - and hopefully avoid killing each other in the process.
Posted by DEZMOND at 12:00 AM