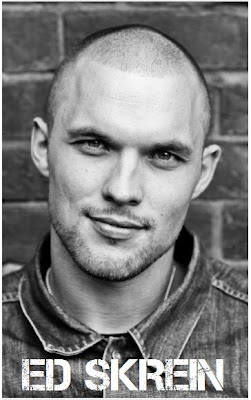 is currently being shot in Ireland, Croatia and Iceland. Young actor Ed Skrein will play Daario Naharis, the captain of the mercenary group Stormcrows according to "Winter Is Coming", while Jacob Anderson, whom we've seen previously in Showtime's EPISODES will portray Grey Worm, who is the leader of slave soldiers the Unsullied. Meanwhile, ABC is planning FINN & SAWYER drama, which will see two literary characters Tom Sawyer and Huckleberry Finn teaming up in their 20s to form an investigative firm in New Orleans, according to "The Hollywood Reporter".


THE HOBBIT CALENDAR 2013
Your main treat for today are freshly released pictures from THE HOBBIT: AN UNEXPECTED JOURNEY 2013 Wall Calendar. According to "MovieWeb" this calendar (click on the pics to see them 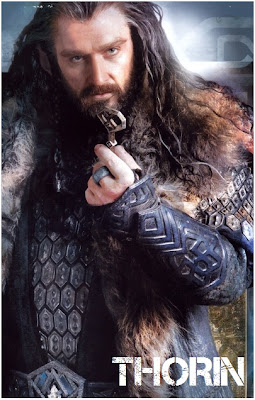 bigger), which won't be in stores until October, features the map of Thror, all of the dwarves, Elrond, Galadriel, Legolas, Gandalf, Bilbo, and a first look at Radagast the Brown. There is also a special edition calender available that consists of four scrolls, each containing three months per scroll. As you know, the most anticipated epic film of the year should arrive to cinemas this December starring Martin Freeman, Ian McKellan, Richard Armitage, Cate Blanchett, Aiden Turner, Benedict Cumberbatch (he gives voice to fire dragon Smaug who will apparently appear in the end of the first part)... while Luke Evans, Lee

Pace and Evangeline Lilly will probably be seen in the second part scheduled for 2013. I've recently reported that Peter Jackson has decided to make the third part as well, which will probably hit cinemas in 2014.


PAINTED SKIN CLIP
And to end today's post in epic style, check out an amazingly epic clip from fantasy film PAINTED SKIN: THE RESSURECTION. I've shown you the official trailer before, which was mesmerizing itself, but this is a rather magnificent scene from the film which should hit cinemas this 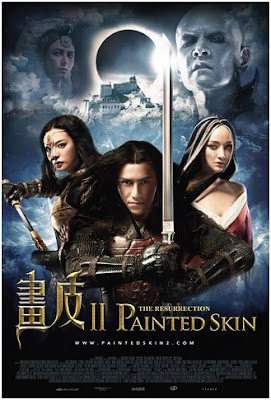 month. According to ancient lore, if a human freely offers their heart to a demon, that monster can become mortal, experiencing the true pains and passions of existence. This is the ultimate triumph of the underworld. Xiaowei (Xun Zhou from SWORDS OF DRAGON GATE), a millennia-old fox spirit, is freed from her frozen prison and transforms into a dangerous seductress, consuming living hearts to keep her beautiful as she searches for her chance to become human. Meanwhile, Princess Jing (Wei Zhao from RED CLIFF), hiding her marred beauty behind a golden mask, flees from an unknown threat to her kingdom by pursuing the only man she ever loved: the guard who was unable to protect her, so many years ago. A twist of fate brings Princess Jing and Xiaowei together, and a slow game of wits, deceit, and seduction begins for the princess' very own heart.
Posted by DEZMOND at 12:00 AM