According to "Digital Spy" Mark Strong, whom we've seen earlier this year in sf blockbuster JOHN CARTER, will reprise his role in the US remake of LOW 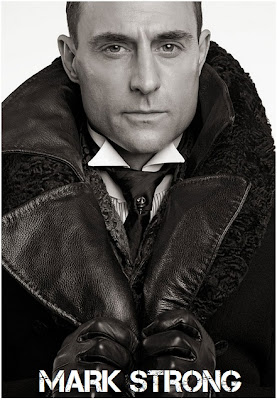 WINTER SUN British mini series. Set this time over at AMC, the story will again see him playing a cop whose life is turned upside down when he helps to kill a corrupt fellow police officer. The new show will transpose the original's story of police corruption from Edinburgh to Detroit! Crime will be seen in SPLIT DECISION too, in which Brendan Fraser will play a father struggling to protect his children from a pair of murderous brothers after he witnesses a killing. Dominic Purcell will play one of the brothers.

After we've heard yesterday that THE HOBBIT will get third part as well, Ridley Scott has announced today that his sf hit PROMETHEUS will get a sequel in three years time. The search for a writer is currently on, and Michael Fassbender will return in the sequel. Meanwhile, "Variety" reports that James Franco has joined Jason Statham in HOMEFRONT, in which the story, written by Sylvester Stallone, centres on Phil Broker (Jason Statham), a former DEA agent who moves his family to a quiet town to escape his past. However, he discovers the town is overrun by a dangerous meth distributor named Gator (James Franco).
THE WORDS TRAILER 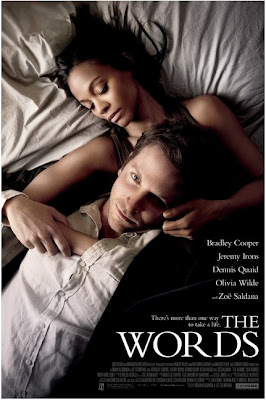 Your video for today is the second trailer (not as good as the magnificent first was) for interesting dramaTHE WORDS which opens up in cinemas this September. The story of the movie revolves around an aspiring writer (played by Bradley Cooper) who claims another man's long lost work as his own only to find there are steep consequences when ambition is valued above life's most fundamental, impassioned three words. The other man is played by Jeremy Irons, but there are other famous faces in the cast too: Olivia Wilde, Zoe Saldana, John Hannah, Ben Barnes and Dennis Quaid.
Posted by DEZMOND at 12:00 AM