According to "Variety" Oscar winning actor Adrien Brody is in negotiations to replace Gary Oldman in MOTOR CITY. Adrien will play a villain in the story in which Gerard Butler plays an ex-con who starts tracking down the men who framed him and sent him to prison, almost immediately after his release. The cast also includes Amber Heard (mostly famous for her love for her own sex and for her fling with Johnny Depp) and Mickey Rourke. Wonder if Adrien will stay in the project, since the producers already had Jake Gyllenhaal and Dominic Cooper leave the cast.

and Khal Drogo from GAME OF THRONES, ex BAYWATCH star Jason Momoa has taken a role in WOLVES. I've written about this project before announcing Lucas Till in the lead role. Momoa will play a villain in this story which revolves around a young man who transforms into a werewolf after being falsely accused of committing his parents' murder. He comes across a small town called Lupine Ridge, which holds the secrets of his real identity. According to "Digital Spy" two stunning people Jaime Pressly and rnb star Robin Thicke will star in ABBY IN THE SUMMER, in which "My Name Is Earl" star plays an adrenaline junkie who is forced to leave her job as a chef when she accidentally cuts herself. She subsequently 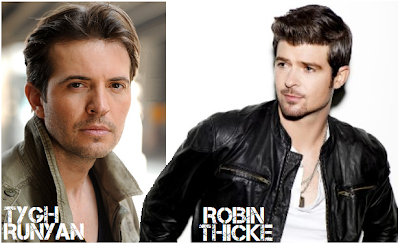 has to deal with distracted husband (Tygh Runyan) and her old flame (Robin Thicke). They will also be joined by Frances Conroy as her mother, and Joey Lauren Adams as her best friend.


THE ASSASSINS EPIC
When it comes to video treats, today I have for you a trailer for Chinese period epic THE ASSASSINS. According to "Twitch" the film is directed by first-timer Zhao Linshan and produced by the same 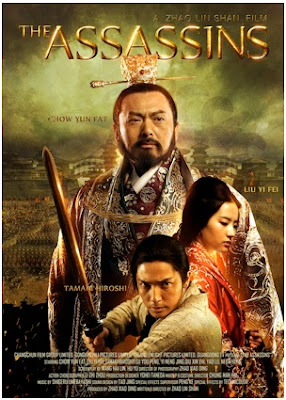 team behind Zhang Yimou's Oscar candidate THE FLOWERS OF WAR, and its story revolves around Han Dynasty Prime Minister Cao Cao (famous Chow Yun Fat), who in his twilight years only grew in power and threatened to take over the Han Empire. The story also deals with a pair of young lovers, played by Liu Yi Fei and Japanese actor Tamaki Hiroshi, who are snatched from a prison camp and trained to become deadly assassins. The films premiers this September in China and it has been sold for American distribution as well. Check out the gorgeous trailer:
Posted by DEZMOND at 12:00 AM