It's been a very slow period in movie news world, people, so I'm going to entertain you next two days with the overview of the new sitcoms coming to TV this Fall season.

MATTHEW PERRY'S GO ON
I know you've all been missing our favourite Chandler from FRIENDS a lot, but now Matthew Perry is back with his new sitcom GO ON over at NBC. Matthew Perry stars as Ryan King, a recent widower and sports talk radio host ready to get back to work after the loss of his wife. Ryan's alpha-male boss, Steven (John Cho "Star Trek"), has a different plan in store for Ryan, making him attend grief counseling before returning to the air. A reluctant Ryan finds himself in a support group for "life change," where he meets an oddball cast of characters, all with their own backstories filled with varying degrees of loss. On his very first 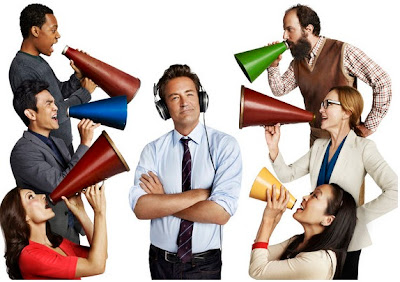 visit, Ryan convinces the group to deviate from their normal session and starts a tournament-style competition (March Sadness!) to find out whose story is the worst. Ryan's total lack of interest in "the healing process" proves distracting and he soon butts heads with the by the 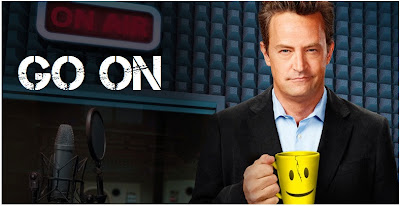 books group leader, Lauren (Laura Benanti "The Playboy Club"). Back at work, Ryan is confronted with the fact that he hasn't really processed his grief and realizes Lauren and the other members of the group might be key in helping him move on.
GUYS WITH KIDS
This one seems really adorable. GUYS WITH KIDS is about three 30-something dads who try to hold on to their youth as they face the responsibilities of having kids. Thankfully, Gary (Anthony Anderson "Law & Order"), Chris (Jesse Bradford "The West Wing") and Nick (Zach Cregger "Friends with Benefits") have each other to help

navigate the highs and lows of fatherhood - while still trying desperately to remain dudes. Balancing work or staying at home, happily married or happily divorced, taking care of the "littles" while maintaining a social life is a daily challenge. Whether it's hosing down their babies in the kitchen sink or hitting the bar strapped with "babybjorns," these guys are taking on fatherhood in ways no one has ever seen before. Nick and 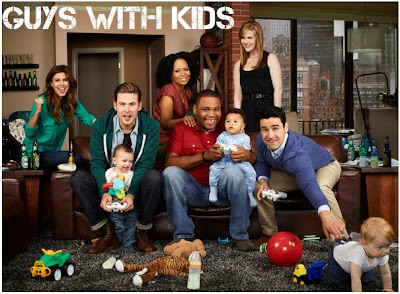 Gary's wives - Emily (Jamie-Lynn Sigler) and Marny (Tempestt Bledsoe) also offer their own parenting advice. Dads today are more involved in their kids' lives than ever, and these guys are no exception. No tantrum is too loud, no diaper is too dirty - Nick, Chris and Gary are up to the challenge.

THE NEW NORMAL
Yet another deeply delightful new sitcom at NBC this season is THE NEW NORMAL: These days, families come in all forms - single dads, double moms, sperm donors, egg donors, one-night-stand donors... It's 2012 and anything goes. Bryan (Andrew Rannells) and David (Justin Bartha) are a Los Angeles couple, and they have it all. Well, 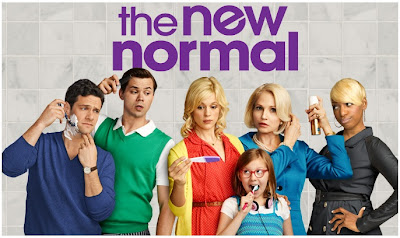 almost. With successful careers and a committed, loving partnership, there is one thing that this couple is missing: a baby. And just when they think the stars will never align, enter Goldie (Georgia King), an extraordinary young woman with a checkered past. A Midwestern waitress and single mother looking to escape her dead-end life and 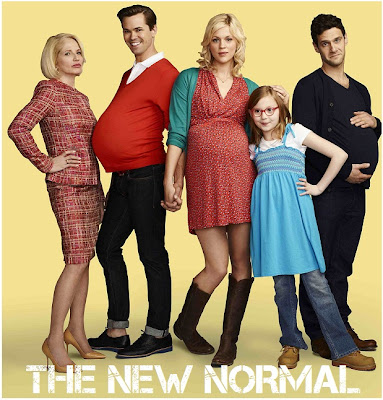 small-minded grandmother (Ellen Barkin), Goldie decides to change everything and move to L.A. with her precocious eight-year-old daughter. Desperate and broke - but also fertile - Goldie quickly becomes the guys' surrogate and quite possibly the girl of their dreams. Surrogate mother, surrogate family.
Posted by DEZMOND at 12:00 AM