Your trailer for today is the first clip for the upcoming thriller DEADFALL which will hit cinemas this December. The films follows siblings Addison 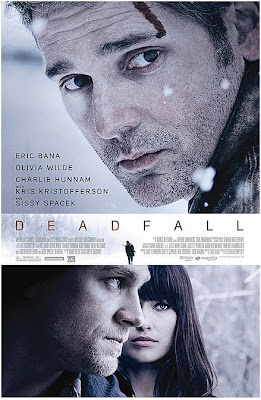 (Eric Bana) and Liza (Olivia Wilde) who are on the run from a casino heist gone wrong. When a car accident leaves their wheel man and a state trooper dead, they split up and make a run for the Canadian border in the worst of circumstances - a near whiteout blizzard. While Addison heads cross-country, creating mayhem in his wake, Liza is picked up by ex-boxer Jay (Charlie Hunnam), en-route for a Thanksgiving homecoming with his parents, June (Sissy Spacek) and retired sheriff Chet (Kris Kristofferson). It's there the siblings are reunited in a terse and thrilling showdown that pushes the bonds of family to the limit. 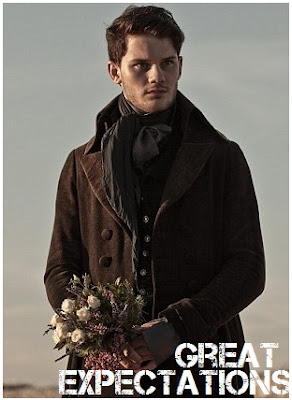 Your second trailer for today is for the new adaptation of famous Charles Dickens' novel GREAT EXPECT- ATIONS. The film will debut at Toronto Film Festival next month and will hit cinemas later this year. Directed by Mike Newell (HARRY PLOPPER, PRINCE OF PERSIA), the new, visually obviously very unique take on the old story, will have a rather stunning cast including always crazy Helena Bonham Carter as Miss Havisham, young Jeremy Irvine from Spielberg's WAR HORSE as the main hero Pip (the role was originally meant for Alex Pettyfer), Ralph Fiennes as the criminal Magwitch and THE BORGIAS beauty Holliday Grainger as 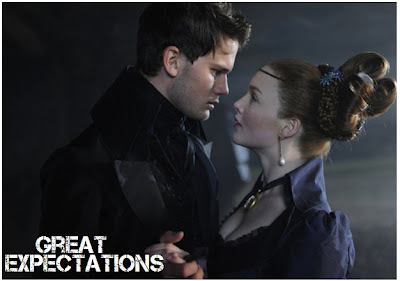 Estella, alongside Jason Flemyng and Robbie Coltrane in supporting roles. As you know, the story follows a humble orphan who suddenly becomes a gentleman with the help of an unknown benefactor.
Posted by DEZMOND at 12:00 AM