Well. I'm certainly not interested in the film itself, but the cast is rather interesting: action film BREACHER in which the story centres on a corrupt team of DEA agents who rob a Mexican drug cartel's safe house, under the guise of a routine raid. The agents think they are in the 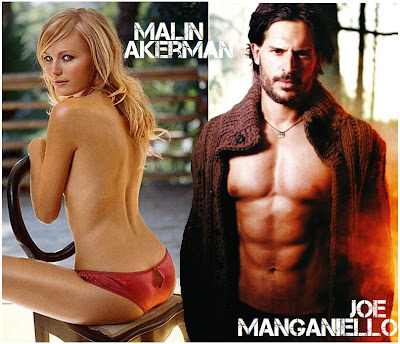 clear, but then the team start getting killed off, one by one. Lead by Arnold Schwarzenegger, the cast also includes two hunks Sam Worthington and Joe Manganiello and one beauty Malin Akerman. The film should hit cinemas some time next year.


SUPERHERO HEADLINES
In superhero news today, first there's an update from "MovieWeb" about Ben Affleck being offered the director's seat in JUSTICE LEAGUE OF AMERICA. Just like Marvel's AVENGERS which

teamed up Captain America, Thor, Hulk and others, DC's film will gather together some of their superheroes such as Batman, Superman, Green Lantern, Wonder Woman and The Flash, who all present a much stronger team from the one at Marvel. "MovieWeb" also reminds that Affleck has a policy of helming the films in which he also stars in, which means he might take one of the superhero roles for himself. Meanwhile, SCRUBS star Donald Faison is in talks to take a role in KICK ASS 2: BALLS TO THE WALL. He might join Aaron Johnson as Dr. Gravity who claims to be a physics professor who invented the "Gravity Pole," a device which can make something 20 times its actual weight, but it's actually just a baseball bat covered in tinfoil. 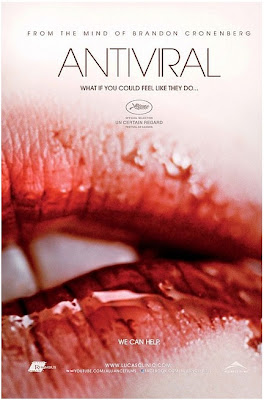 FIRST CLASS star Caleb Landry Jones stars as Syd March, a man who becomes infected with the same virus that killed the famed celebrity Hannah Geist (Sarah Gadon). He must unravel the mysterious circumstances surrounding her death before he becomes another victim himself. The film is apparently set in a futuristic society in which celebrity illnesses are being sold to their happy fans. Malcolm McDowell is also in the cast. The trailer is extremely disturbing at moments, but it does deal with today's world's sometimes sick obsession with celebrities.
Posted by DEZMOND at 12:00 AM