INCURSION & OUTLANDER
According to "Deadline" Starz has finished gathering the writers for the "writers room" for their potentially new showINCURSION. Unlike other channels which order pilots, Starz has "writers rooms" with writers whose task is to pen enough episodes for a full season order. INCURSION comes from SPARTACUS creator Steven DeKnight and revolves around a group of soldiers caught in a war against a hostile alien race. Each season of the potential series will be fought on a new, exotic planet as humanity inches deeper into enemy territory. Starz is also preparing "writers room" for OUTLANDER. Based on Diana Gabaldon's book, It follows Claire, a married WWII combat nurse, who mistakenly steps back in time to year 1743 where she is immediately thrown into an unknown world of adventure that sends her on the run and threatens her life. When Claire is forced to marry Jamie, a chivalrous and romantic young Scottish warrior, it ignites a passionate affair that tears Claire’s heart between two vastly different men in two irreconcilable lives. 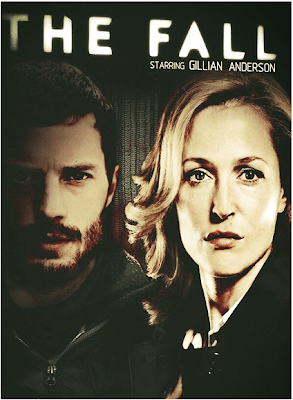 Your first trailer for today is for new BBC's television series THE FALL which should hit small screens May 13th in UK and later on at Netflix in USA. The trailer is rather intriguing and atmospheric presenting two lead stars - X FILES star Gillian Anderson and Irish superhunk Jamie Dornan whom you've watched as the sheriff in ONCE UPON A TIME. Trying to runaway from his image of a top model, Dornan here plays serial killer Paul Spector, who has a dark fascination with solicitor Sarah Kay (Laura Donnelly). Gillian Anderson plays a detective brought to Belfast to solve a mysterious murder and catch the killer. The psychological thriller will have five parts! 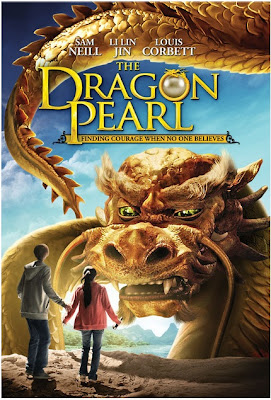 Your second trailer for today is for a film which will hit DVD and VOD this June: family adventure THE DRAGON PEARL starring Sam Neill, Louis Corbett,  Jordan Chan....  Josh (Louis Corbett) and Ling (Li Lin Jin) thought they were in for a boring vacation with each of their parents at an archaeological dig in China. It turns into an adventure of a lifetime when they discover a mournful dragon trapped deep inside a mystical temple. According to ancient legend, the dragon is missing its life force, a sacred pearl that is hidden away in a secret chamber. Josh and Ling must battle evil forces (and some very skeptical parents) in their heart-stopping journey to return the magical pearl to its rightful owner.
Posted by DEZMOND at 12:00 AM