will probably release the film this Fall. A few days ago a seven minute teaser was shown to potential buyers who were all left stunned and jaw-opened and this started a heated bid. The future film award contender directed by Stephen Frears (THE QUEEN, MRS HENDERSON PRESENTS) brings true story of an Irish woman whose son was sold for adoption in America, and their attempts to reunite with each other. It's a movie adaptation of Martin Sixsmith's book "The Lost Child of Philomena Lee: A Mother, Her Son and a 50 Year Search", which describes how PHILOMENA was forced by nuns to give up her son Anthony when he was 3. Anthony was sold for adoption in America, where he grew up to be a successful lawyer and politician. In the 1980s, after he contracted AIDS, he visited Ireland in an attempt to find his mother. 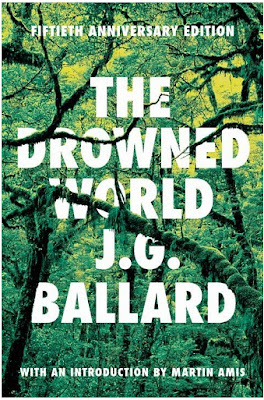 Warner Bros. has apparently bought the movie adaptation rights for J.G. Ballard's novel THE DROWNED WORLD with HARRY PLOPPER producers set to produce. Written fifty years ago the story was set in 2145 imagining a terrifying world in which solar radiation has melted the ice caps. Jungles have overrun continental Europe, and London is for the most part left submerged under water. The protagonist is a biologist who lives on the 35th floor of a high-rise, where only two floors sit above the water line. He battles a savage environment, and primordial creatures that prowl the undergrowth and also some evil anarchists who rule the city and terrorize its inhabitants. Steven Spielberg previously adapted Ballard's EMPIRE OF THE SUN into an award winning drama. 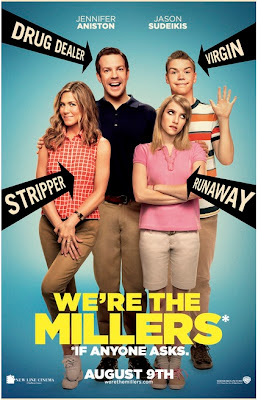 Here are two adorable people - Jason Sudeikis and Jennifer Aniston - in a very strange movie - WE'RE THE MILLERS! A new trailer has just been released for this comedy which will premiere in cinemas this August with always delightful Sudeikis playing a veteran pot dealer who creates a fake family as part of his plan to move a huge shipment of weed into the U.S. from Mexico. Jennifer Aniston plays his fake wife while Emma Roberts and Will Poulter play their fake teenage children who all go on this hilarious gig together. My boys should know that the trailer contains a hot stripping scene with Aniston :)
Posted by DEZMOND at 12:00 AM