HENRY CAVILL REPLACES
TOM CRUISE IN 'MAN FROM U.N.C.L.E' MOVIE
Good news for all you fans of Henrilicious Cavill! According to "Variety" Henry Cavill is in talks to replace Tom Cruise in the lead role in Guy Ritchie's THE MAN FROM U.N.C.L.E.! 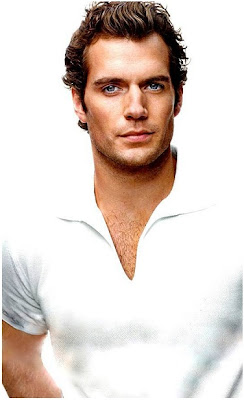 Cruise has left the sf project because he wants to focus on MISSION IMPOSSIBLE 5 and Warner wants to use Henry's hot popularity which surrounds him ahead of the premiere of MAN OF STEEL. If Henry gets the role he will star in the film remake of old TV show which followed two agents of the United Network Command for Law Enforcement as they fought the evil agents of Thrush. He will play Napoleon Solo, even though, while Cruise was still on for the role, Cavill actually talked with the studio to take the second role of  Illya Kuryakin  which later on went to Armie Hammer, who is still attached. Alicia Vikander is also in the cast. Henry currently has no other roles in his plans after MAN OF STEEL!


'FULL CIRCLE' NEW TV SHOW
DAVID BOREANAZ, MINKA KELLY, JULIAN MCMAHON, TOM FELTON
Quite a lot of television stars will gather up in the cast for new ten episode TV series FULL CIRCLE! According to "The Hollywood Reporter" David Boreanaz from BONES, Minka Kelly who is also starring in Karl Urban's new sf show ALMOST HUMAN, Tom Felton from HARRY PLOPPER, Julian McMahon from NIP/TUCK, and Cheyenne Jackson, are just some of the stars who will appear in 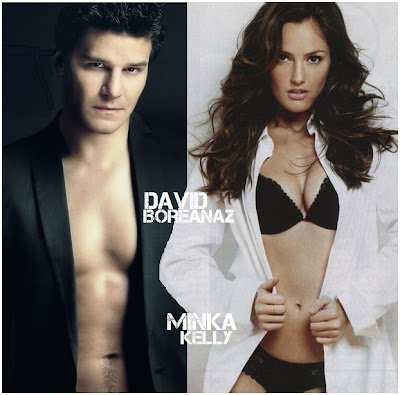 Neil LaBute drama about a group of 11 people whose lives are intertwined! Each episode takes place in a restaurant with a conversation between two characters, with one of the character's story lines carrying over into the next episode through a conversation with a new character. Tom Felton is an exchange student from England, 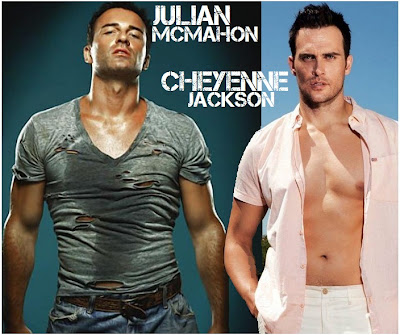 Minka Kelly is his love interest Bridgette while Julian McMahon is her husband, a charismatic and intense entertainment lawyer, David Boreanaz is his client a famous comic known for his outlandish behavior etc. The final episode brings the characters together  for an explosive ending that is sure to change all of these characters' lives irreparably. 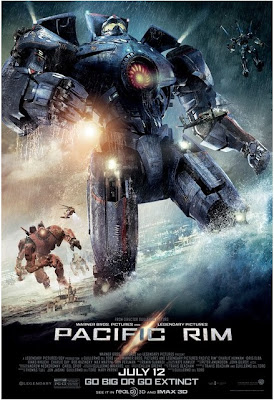 Your trailer for today is the latest one for this summer's biggest science fiction epic PACIFIC RIM which will be unleashed into cinemas this July starring Charlie Hunnam, Idris Elba and Rinko Kikuchi. As you've already read in HOLLYWOOD SPY's spotlight on the film, the story focuses on  humongous alien monsters Kaiju who have appeared from the depths of the ocean in order to destroy Earth, and they're attacking all the way from USA to Japan, Russia and Australia. In desperate attempt to fight off these monsters the nations of the world have gathered to create 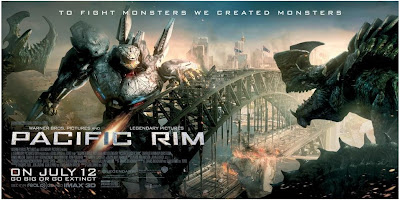 giant metal robots of their own, known as Jaegers which are controlled simultaneously by two pilots whose minds are locked in a neural bridge.
Posted by DEZMOND at 12:00 AM