PRINCE IN CINDERELLA
It's official, my little freaks, HOLLYWOOD SPY's beloved epic star Richard Madden (Robb Stark, king of the North in GAME OF THRONES) has landed himself the role of the prince in the new live action big screen version of CINDERELLA! As I've been reporting throughout the last year, Cate Blanchett is taking the evil Stepmother role with legendary British actor and director Kenneth Branagh taking the directing job. DOWNTON ABBEY actress Lily James has got the title role, which is both good and bad: bad because she doesn't really look Cinderella, and good because they actually wanted to give the role to that talentless HARRY POTTER brat at some point! We shall also watch Richard Madden in A PROMISE next to Alan Rickman and Rebecca Hall: a romantic drama set in Germany just before WWI centring on a married woman who falls in love with her husband's teacher. Separated by the war, the pledge their devotion to one another. 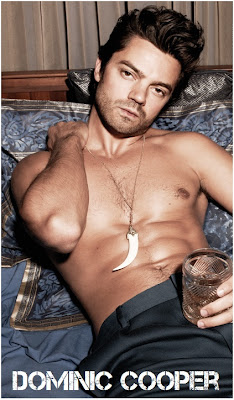 Another of HOLLYWOOD SPY's pet stars Luke Evans has a new mate in the cast for Universal's historical epic DRACULA scheduled for August next year. Dominic Cooper has just joined Evans, in the title role, and Sarah Gadon (from WORLD WITHOUT END epic mini series) and will possibly play Turkish sultan Mehmed who ruled the Balkan peninsula in the medieval period of prince Vlad the Impaler, the historical ruler who served as the inspiration for Bram Stoker's DRACULA. The film will weave both the historical and the fictional character. It is interesting that this won't be Cooper's first time around vampires, since he recently starred in ABRAHAM LINCOLN VAMPIRE HUNTER!


GRAVITY SF TRAILER
WITH SANDRA BULLOCK & GEORGE CLOONEY
And here it finally is: the first trailer for science fiction drama GRAVITY which should open in cinemas this October with Sandra Bullock and George Clooney in the lead roles! 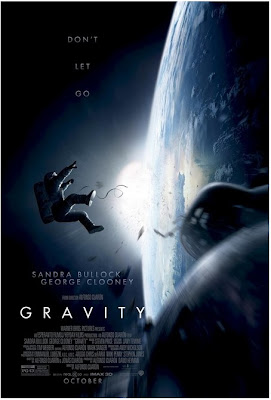 The Alfonso Cuaron directed film follows Dr. Ryan Stone (Sandra Bullock) a brilliant medical engineer, who is on her first shuttle mission, with veteran astronaut Matt Kowalsky (George Clooney). But on a seemingly routine spacewalk, disaster strikes. The shuttle is destroyed, leaving Stone and Kowalsky completely alone, tethered to nothing but each other and spiraling out into the blackness. The deafening silence tells them they have lost any link to Earth...and any chance for rescue. As fear turns to panic, every gulp of air eats away at what little oxygen is left. But the only way home may be to go further out into the terrifying expanse of space!
Posted by DEZMOND at 12:00 AM