BENJAMIN WALKER
JOINS CHRIS HEMSWORTH IN 'IN THE HEART OF THE SEA' EPIC MOVIE
Sometime ago HOLLYWOOD SPY has announced that Ron Howard is preparing to direct sea epic IN THE HEART OF THE SEA a 19th century set drama in which Chris Hemsworth will star as the first mate on board the Essex, a doomed ship whose encounter with an angry sperm whale was the inspiration for famous novel Moby Dick. The ship went down in the middle of the South Pacific after being rammed by the whale, and its crew drifted for more than 90 days, ultimately forced to turn to drastic measures in order to survive. According to fresh rumours from "Deadline" Benjamin Walker from ABRAHAM LINCOLN VAMPIRE HUNTER might play George Pollard, the privileged son of a whaling family, and the captain of the Essex who gets downgraded after the accident!

ALL THE ORDERED NEW SHOWS!
ALMOST HUMAN, REIGN, SLEEPY HOLLOW, TOMORROW PEOPLE!
In sad TV news - NBC has passed on sf western series THE SIXTH GUN which means it won't be made into a series, while Fox has decided not to greenlit Emma Roberts' DELIRIUM sf show but they did order fantasy show SLEEPY HOLLOW and Karl Urban's sf show ALMOST HUMAN from J.J. Abrams! TNT has forwarded Sean Bean's 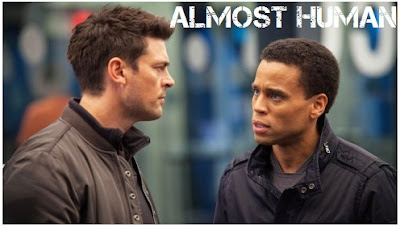 LEGENDS and Michael Bay's THE LAST SHIP into series! Over at CW space opera SELECTION has been passed over for the second time, but other of their sf pilots OXYGEN (now titled STAR CROSSED) and THE 100 along with TOMORROW PEOPLE will get whole seasons along 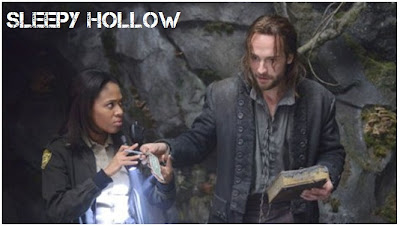 with historical saga REIGN on the life of Mary Queen of Scots! The sad news is that ABC has decided not to make GOTHICA into series. Starring Tom Ellis as Dr Frankenstein with Dorian Grey and Grace van Helsing in the gallery too, the doomed project was to weave fantasy with present times. 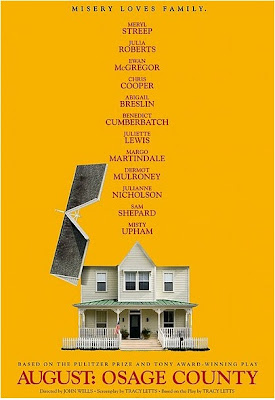 And here's an all star cast for you in the first trailer for family drama AUGUST: OSAGE COUNTRY which shall start its big screen life this November starring Meryl Streep, Ewan McGregor, Julia Roberts, Benedict Cumberbatch, Abigail Breslin, Sam Shepard, Juliet Lewis, Chris Cooper and Dermot Mulroney. The story of the film offers a  look at the lives of the strong-willed women of the Weston family, whose paths have diverged until a family crisis brings them back to the Midwest house they grew up in, and to the dysfunctional woman who raised them. Meryl is the pill-popping  mother, Julia has Ewan for a cheating husband who had a fling with a student at his college.
Posted by DEZMOND at 12:00 AM