EVANGELINE LILLY ON HER
TAURIEL CHARACTER FROM "THE HOBBIT" EPIC FANTASY

Are you excited about THE HOBBIT: THE DESOLATION OF SMAUG which should bring fairy tale to cinemas this December? As you know, one of the characters we haven't seen in THE HOBBIT: AN UNEXPECTED JOURNEY is of Elven archer Tauriel who is being played by stunning beauty Evangeline Lilly. Her character appears in the upcoming sequel as a member of Elven king Thranduil's royal guard. Speaking for the latest issue of Total Film, Evangeline has revealed that Tauriel, the character which doesn't exist in J.R.R. Tolkien's book and was invented for the film to add more female characters, will be a very young elf, only 600 years old, unlike Legolas who is 1,900 years old and Thranduil who is about 3,000 years old. Because of this she doesn't have quite the wisdom and pose that those two have and is more gritty, spontaneous, and passionate. Although graceful and refined as all other Elves, she is still a ruthless warrior! 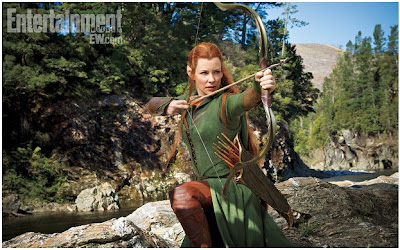 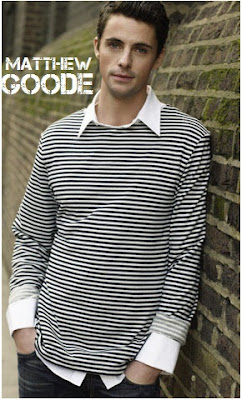 MATTHEW RHYS & MATTHEW GOODE
DEATH COMES TO PEMBERLEY
And here's something for my ladies: according to: "Digital Spy" two dashing gents Matthew Goode and Matthew Rhys have been cast for BBC new mini series DEATH COMES TO PEMBERLEY! Based on P.D. James novel, which is set six years after the events in Jane Austen's "Pride and Prejudice" and centres around a murder mystery plot, the three part mini series will see Rhys 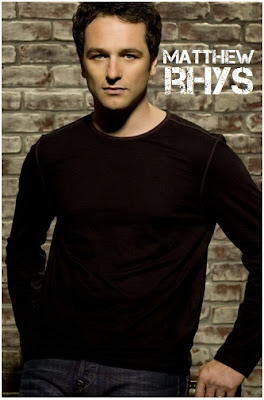 playing Mr Darcy, Goode playing George Wickham and Anna Maxwell Martin playing Elizabeth Bennett! The story picks up six years into Elizabeth and Darcy’s marriage as they prepare for the annual ball at their magnificent Pemberley home. When Elizabeth’s wayward sister Lydia arrives, she brings a shocking halt to the proceedings. A murder investigation unfolds and a web of secrets and deceit threatens all that the Darcys hold dear.  Rhys currently stars in THE AMERICANS show, while Goode is set to star in Showtime's VATICAN series! 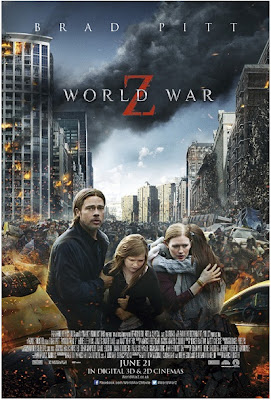 21st! Directed by Marc Forster, this is a big screen movie adaptation of Max Brooks apocalyptic horror novel  in which Brad Pitt plays United Nations employee Gerry Lane who traverses the world in a race against time to stop the Zombie pandemic that is toppling armies and governments, and threatening to decimate humanity itself. The cast also includes James Badge Dale and Matthew Fox! Now we only wait to see if the extremely expensive $170 million movie will be apocalyptic for Paramount or will the hordes of crazed zombies bring them some cash!
Posted by DEZMOND at 12:00 AM