SIGURD DRAGON SLAYER
We shall have an epic day today at HOLLYWOOD SPY :) First some Viking news: "Deadline" reports that we shall get a new international co-production on the Norse hero SIGURD. The large scaled fantasy epic from producer Basil Iwanyk (CLASH and WRATH OF THE TITANS, THE SEVENTH SON) will revolve around Sigurd's recruitment to slay the monstrous dragon Fafnir to ward off a generations-long curse. The hero is known from the 13th century Volsunga saga, from Wagner's famous opera and even from Legend of Sigurd and Gudrun by J.R.R. Tolkien. The new take on the story blends the traditional dragon-hunting plot with an original thread involving a fallen daughter of Odin (called Valkyrie) and her desire to retake a place in the heavens.The script is written by Nick Schoenfeld who just wrote ATTILA epic for Warner Bros. 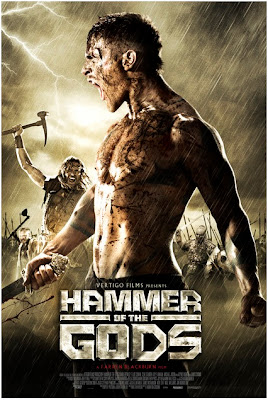 Britain in 871 AD, and brings a visceral, intense tale set in a world whose only language is violence. A young Viking warrior, Steinar (Charlie Bewley), is sent by his father the king on a quest to find his estranged brother, who was banished from the kingdom many years before. Steinar's epic journey across terrifyingly hostile territory gradually sees him emerge as the man his father wants him to be - the ruthless and unforgiving successor to his throne. The cast also includes two gents known to us from epic shows - always brilliant Elliot Cowan from DA VINCI'S DEMONS and Clive Standen from VIKINGS. Big thanks to both of them for tweeting about HOLLYWOOD SPY!


THE GUILLOTINES
ASIAN EPIC TRAILER
Your second epic trailer for today is promoting new Asian adventure THE GUILLOTINES which is scheduled to start its cinematic live this June. With incredibly intricate costumes 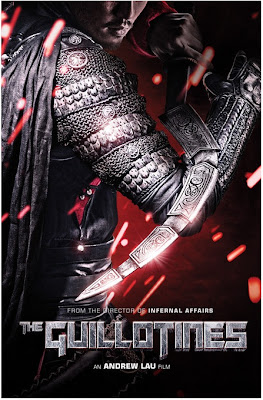 and weapons used in the fight scenes, this action epic follows an elite crime-fighting unit in the court of the Chinese emperor which relies on flying swords to defeat their enemies! During the Manchurian ruled Qing Dynasty, Emperor Yong Zheng established a secret assassination squad known as the Guillotines to eliminate all who opposed him. Once heavily favoured by the Emperor, the Guillotines are deemed expendable once Emperor Qian Long ascends to the throne and adopts Western ideas and technology. To consolidate his power under a new regime, the Emperor continues to use the Guillotines to persecute the conquered Han Chinese in a reign of terror and oppression.
Posted by DEZMOND at 12:00 AM