LUKE EVANS
IS NEW 'THE CROW'
Your trusted HOLLYWOOD SPY has been mentioning Welsh star Luke Evans (big thanks for tweeting to us yesterday, Luke!) a lot recently and not just 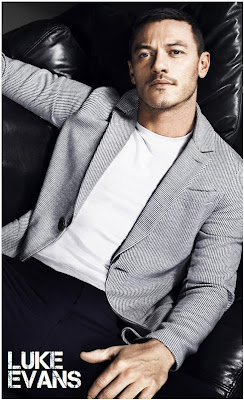 because he is our dear friend and fave star but also because he's been busy! Beside starring in FAST AND FURIOUS sequel and THE HOBBIT later this year, and taking on the lead role in DRACULA epic, he will now also spread his wings wider since he is the new THE CROW! Tom Hiddleston was mentioned for the role, but Luke took it over and will now play rock star Eric Draven, who comes back to life to seek vengeance against those who murdered him. As you remember Draven was played by Brandon Lee and Vincent Peres in previous versions of the film. Fingers crossed that Luke sings in the film too, since he starred previously in musicals and has the most amazing voice!

KATHERINE HEIGL & CLIVE OWEN
Here's an unexpected duo: according to latest news Katherine Heigl and Clive Owen will team up for new conspiracy thriller SURVIVOR! James McTeigue (who directed the above mentioned Luke Evans in THE RAVEN last year) will direct the story revolving around an American woman working for the U.S. State Department in London. An office bombing leaves her the sole survivor, and she is soon caught up in a conspiracy plot that forces her to become a fugitive. She only has until New Year's Eve to clear her name and stop another attack from happening. Earlier this spring I've also reported that Katherine Heigl will join Patrick Wilson in NORTH OF HELL a film about a successful businessman whose domineering wife viciously controls every aspect of his life. 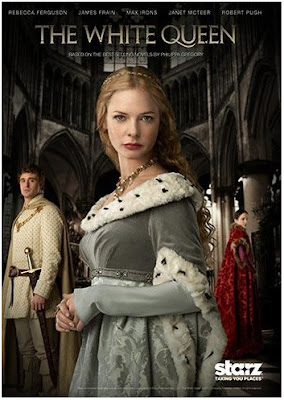 the backdrop of the Wars of the Roses it will be the story of the women caught up in the ongoing conflict for the throne of England. The series starts in 1464 — the nation has been at war for nine years fighting over who is the rightful King of England, as two sides of the same family, the House of York and the House of Lancaster, are in violent conflict over the throne. The story focuses on three women in their quest for power, as they manipulate behind the scenes of history — Elizabeth Woodville, Margaret Beaufort and Anne Neville! The cast includes David Oakes, Max Irons, Rebecca Ferguson, Eleanor Tomlinson, James Frain and Aneurin Barnard!
Posted by DEZMOND at 12:00 AM