It seems that British star Colin Firth is trying to become an action star: "LR" reports that he might take the lead role in Matthew Vaughn's THE SECRET SERVICE a film about a James Bond superspy who works 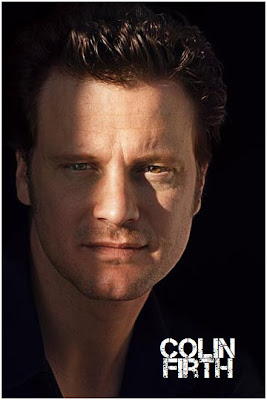 for MI6 and takes his slacker nephew under his wing. Named ‘Uncle Jack’  he mentors his nephew Gary in tradecraft in the hopes that Gary can change and become an MI6 agent. The story is described as Bond meets My Fair Lady :) Firth is also set to star in Rupert Everett's THE HAPPY PRINCE  about the last days in the life of Oscar Wilde – a celebrity, a genius, an icon, even a national treasure – now in the midst of the Public meltdown: an excessive quadrangular love story he is trapped in. Everyone wants Oscar – Constance, Robbie and Bosie. The result is that freedom eludes him. The once hailed writer observes his own failure 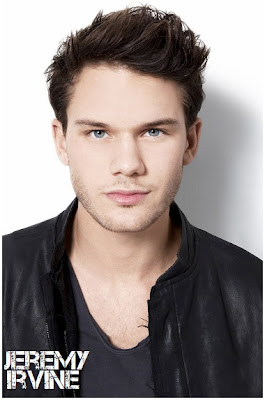 with ironic distance and regards the car crash of his life with detachment and humour. The cast also includes Emily Watson and Tom Wilkinson!


JEREMY IRVINE
WOMAN IN BLACK ANGEL OF DEATH
Speaking of Firth, Jeremy Irvine, who will star next to Firth in epic drama THE RAILWAY MAN, has taken the lead role in THE WOMAN IN BLACK: ANGEL OF DEATH, the sequel to last year's Victorian horror which starred Daniel Radcliffe. The star of WAR HORSE will now play in the story happening four decades later and set during World War II after the government has seized the eerie Eel Marsh House and a group of evacuated children arrives to awaken its scary tenant.

DAVID MORRISEY & SEAN MAGUIRE
'7:39' MINI SERIES
Meanwhile over in UK, BBC is preparing new two part romantic drama series 7:39 which will have THE WALKING DEAD's star David Morrisey in the lead role.  Exploring the romantic lives of commuters on the 7.39 train into Waterloo, the drama will explore the lives of frustrated husband Carl (David Morrissey), his wife Maggie (Olivia Colman), health club manager Sally (Sheridan Smith) and her personal trainer fiancé Ryan (Sean Maguire from MEET THE SPARTANS). Over a fight for a seat, Sally and Carl meet and the pair soon find their lives transformed by their daily train journeys. 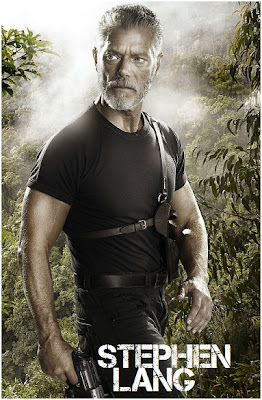 Here's an interesting epic adventure awaiting us in the future: according to "Deadline" Stephen Lang from AVATAR and TERRA NOVA has joined THE DRAGON ANGEL in which he will play the dual role of a French Colonel in 1860 China and the mysterious chauffeur of an American architect in modern-day Beijing! The Chinese set coproduction will have visual genius Pitof as the director (he's a horrid helmer as we've seen in CATWOMAN, but is a master in visuals as we've seen in famous movies DELICATESSEN and THE CITY OF LOST CHILDREN by Jean Pierre Jeunet). The film itself is described as a quest for harmony through the narrow lanes of old Beijing and the loops of history...
Posted by DEZMOND at 12:30 AM