THE JUNGLE BOOK GETS

LUPITA NYONGO AND SCARLETT JOHANSSON?
We've already informed you that Warner Bros. is preparing new version of THE JUNGLE BOOK which will be a mixture of CGI and live action movie, but now 'The Hollywood Reporter' writes that Scarlett Johansson and Lupita Nyongo might join the cast which already has Idris Elba! Rudyard Kipling's story centres on Mowgli, a young boy who is raised in the wilderness by a pack of wolves, a bear and a black panther. Scarlett Johansson might lend her voice to Kaa, a python who eats other animals after hypnotizing them. Idris Elba is lending his voice to villainous Shere Khan who views Mowgli as a threat to his domain. Lupita Nyongo is currently negotiating to voice Rakcha, a mother wolf who takes care of Mowgli! Disney is also preparing their rival project helmed by Andy Serkis!


FLASH GORDON
TO GET NEW MOVIE REMAKE!
Another famous story which is getting a new big screen version is beloved sf epic FLASH GORDON! 20th Century Fox has secured the rights and is eyeing STAR TREK III

writers  J.D. Payne and Patrick McKay to prepare the script. There were previous rumours that Sam Worthington might be the star who will portray  the Yale graduate and polo player FLASH GORDON who is kidnapped and taken to the planet Mongo, where he fights against evil emperor Ming the Merciless alongside his friends Dale Arden and Hans Zarkov. Rumours say that the new film will bring adventure and razor's edge escapades, balanced by plenty of character work.
3RD HOBBIT RETITLED INTO 'THE BATTLE OF THE FIVE ARMIES'
In other epic news, the latest news is that the third HOBBIT movie has been officially retitled into THE BATTLE OF THE FIVE ARMIES instead of the rumoured title INTO THE FIRE! The movie will battle its way into cinemas this December starring Luke Evans, Martin Freeman, Richard Armitage, Ian McKellan, Orlando Bloom, Lilly Evangeline, Lee Pace and it will feature the glorious battle waged between the Goblins and the Wargs against Men of Dale, Elves, Dwarves, Eagles and a Shape-shifter on and near the Lonely Mountain. 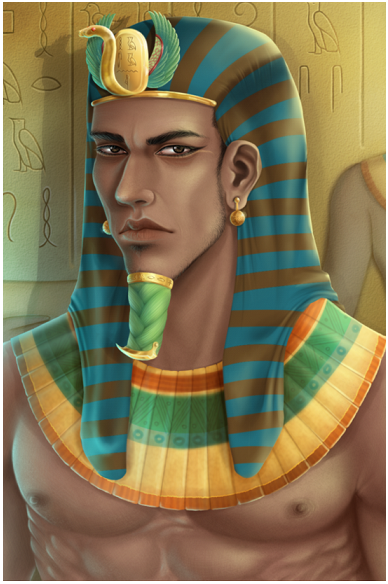 And while we are waiting for Fox to premiere their Ancient Egypt TV series HIEROGLYPH 'Deadline' reports that HBO has bought hourlong series PHARAOH from David Schulner (DRACULA, DESPERATE HOUSEWIVES). To be produced and directed by  Ridley Scott  the series explores an alternate explanation for the foundation and ascent of the ancient Egyptian empire — one in which greatness was bestowed upon us by beings from another world, calling into question what it means to be a god! I've also recently reported that Spike TV will make KING TUT mini series on famous Pharaoh Tutankhamun!
Posted by DEZMOND at 2:10 PM