'SICARIO' CRIME THRILLER!
After Meryl Streep, Amy Adams and Kate Winslet earlier this week we continue with the updates on our fave actresses, this time with fresh mom Emily Blunt! According to 'Variety' she is in talks to take the role in crime thriller SICARIO in which the story would revolve around a Tucson police officer who hires two mercenaries on a journey to track down a notorious drug lord in Mexico! It will be directed by Dennis Villeneuve who is also helming Amy Adams in sf movie STORY OF YOUR LIFE which I announced yesterday (Emily and Amy are actually best friends in real life). Before this, you will watch Emily Blunt in science fiction epic EDGE OF TOMORROW next to Tom Cruise this summer, and with Meryl Streep and Chris Pine in INTO THE WOODS fantasy fairy tale musical this Autumn.


'THE TRAITOR'S WIFE'
BIG SCREEN ADAPTATION
If you're in the mood for big screen book adaptations here's one for you: 'Deadline' reports that Allison Pataki's bestselling novel 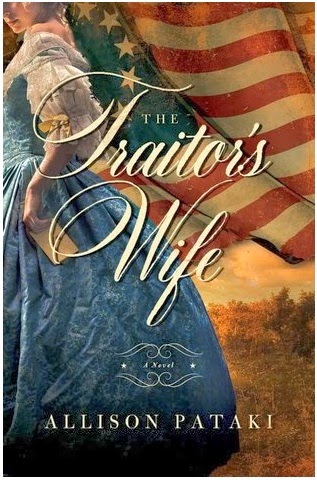 THE TRAITOR'S WIFE will be turned into a film. The story follows Benedict Arnold’s historical betrayal of Gen. George Washington. But behind the most notorious turncoat of the American Revolutionary War was a wife half his age who orchestrated the whole thing. Peggy Shippen Arnold was a beautiful socialite with a loyalty to the British that led her to exploit her husband’s disillusionment into a scandalous move. Washington learned of the plot when British Major John Andre was caught with Arnold’s traitorous documents in his boot. While Andre was hanged, Arnold fled and became a Brigadier General for the Brits.


'LUCKY THEM' TRAILER
WITH TONI COLLETTE 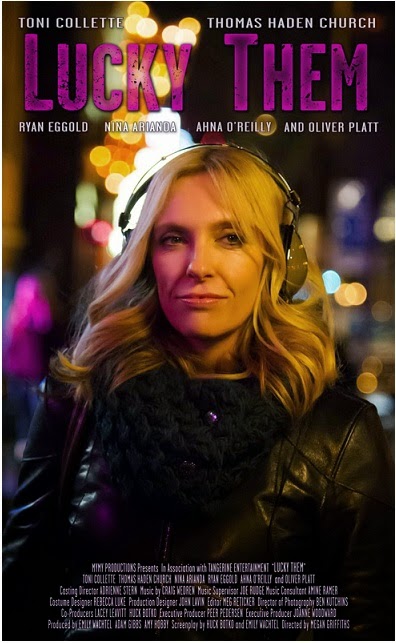 And here's yet another of our favourite actresses - Toni Collette: the first trailer for her LUCKY THEM movie has been released announcing the film which comes out May 30th! More interested in partying and flirting with young musicians than work, veteran rock journalist Ellie Klug (Toni Collette) has one last chance to prove her value to her magazine's editor: a no-stone-unturned search to discover what really happened to long lost rock god Matthew Smith, who also happens to be her ex-boyfriend. Teaming up with an eccentric amateur documentary filmmaker (Thomas Haden Church), Ellie hits the road in search of answers.
Posted by DEZMOND at 2:30 PM