We're having a sf Sunday today, starting with the news coming from Bell Media's Space who have joined with Temple Street Productions to produce KILLJOYS science fiction TV show, ten episode intergalactic adventure. Here's the plot: In a distant Galaxy, the people of the planet Qresh have colonized their three moons, creating four stratified worlds, each defined along socio-economic lines and rife with social unrest. In this planetary unit, known as the Quad, a highly regulated group of bounty hunters, KILLJOYS, are licensed to pursue a vast range of warrants throughout the galaxy.  Killjoys are not allowed to take a personal or political side in their mission, which proves to be impossible and near fatal for Dutch. Dutch is a gorgeous, complicated and deadly Killjoy at the top of her game. Her partner, John the Bastard, is a peacemaker who hates conflict. When John’s incredibly sexy and confident brother D’avin shows up to join the partners, the dysfunctional trio’s lives become intertwined. Confined to close quarters, Dutch, John, and D’avin quickly find themselves caught in a tricky love triangle.


SYFY'S 'DOMINION' SF SHOW
FIRST IMAGES AND TRAILER!
Meanwhile, SyFy's has revealed first pictures and a brand new trailer for this summer's DOMINION science fiction show which will broadcast from June 19th! Based on Paul Bettany's sf film LEGION,  it 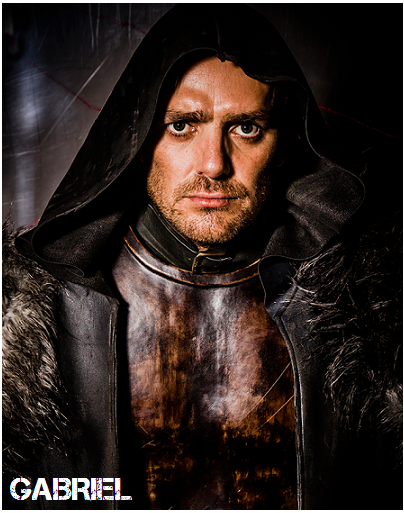 is an epic supernatural drama set in the year 25 A.E. In this transformed post–apocalyptic future an army of lower angels, assembled by the archangel Gabriel, has waged a war of possession against mankind. The 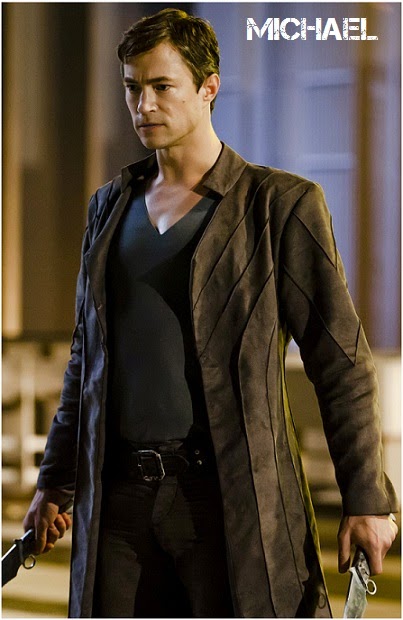 archangel Michael (Tom Wisdom), turning against his own kind, has chosen to side with humanity against Gabriel (Carl Beukes). Rising out of the ashes of the 25-year-long battle are newly fortified cities which protect the human survivors. In Vega (formerly Las Vegas), the 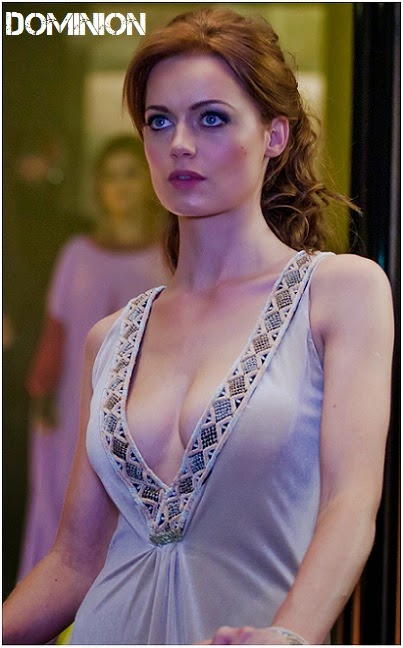 largest of these cities, two houses vie for control and the stage is set for political upheaval and a dangerous power shift. Meanwhile, a rebellious young soldier begins a perilous journey as the war between the human race and the fallen angels hellbent on their domination escalates. 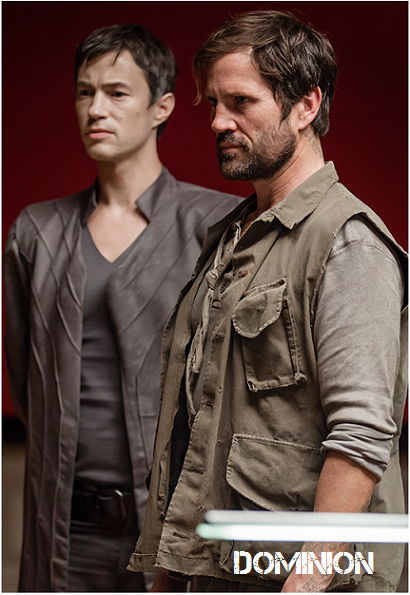 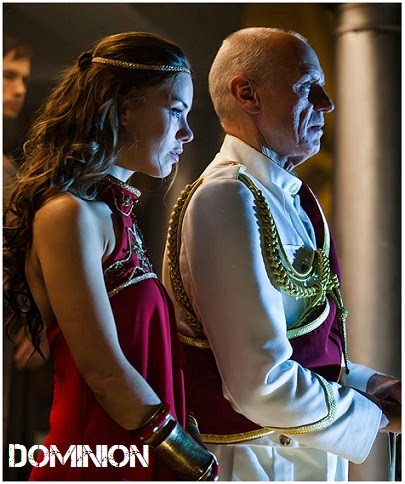