MERYL STREEP TO PLAY HARD ROCKER IN 'RICKI AND THE FLASH'! AMY ADAMS IN SF 'STORY OF YOUR LIFE'! SAM WORTHINGTON JOINS JENNIFER ANISTON IN 'CAKE'! 'FRIENDED TO DEATH' TRAILER! TOM RILEY IN 'DR WHO'!

MERYL STREEP
IN 'RICKI AND THE FLASH'
Bravo to Meryl Streep, the fact that she is well over 60 cannot make her to slowdown, she's getting and accepting new roles like there's no 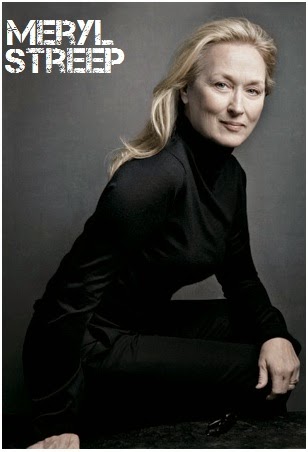 tomorrow: her latest gig is the lead role in Diablo Cody's upcoming new movie RICKI AND THE FLASH! It is the funny and touching story of a rock n' roll-loving woman who chased her tattered dream at the price of her family, but gets a last chance to make things right. Streep, the most Oscar-nominated star in history, is well known for her singing prowess on stage and screen ('Mamma Mia!', 'Into the Woods', she even trained to be opera singer), but Ricki is a new gig even for the musically gifted star: a guitar-wielding, hard rockin' mamma by night and grocery store checkout lady by day.

SF 'STORY OF YOUR LIFE'
Deadline reports that Amy Adams, who had the pleasure of starring with Meryl, might take the lead role in STORY OF YOUR LIFE, the sci-fi thriller based on a short story by Ted Chiang, which takes place after alien crafts land around the world. An expert linguist is recruited by the military to determine whether they come in peace or are a threat. As she learns to communicate with the aliens, she begins experiencing vivid flashbacks that become the key to unlocking the greater mystery about the true purpose of their visit.
SAM WORTHINGTON JOINS JENNIFER ANNISTON IN 'CAKE'

Meanwhile, Australian star Sam Worthington has joined Jennifer Aniston, Anna Kendrick, Chris Messina, Felicity Huffman, William H. Macy,  in CAKE, a movie about Claire Simmons, a woman who becomes fascinated by Nina - a member of her chronic pain support group - but must face her own personal tragedy when she discovers Nina's suicide and develops a relationship with Nina's husband.
TOM RILEY IN 'DR. WHO'!

And you know I don't do DR. WHO :) but I know tones of you do, so here's what the latest news says: DA VINCI'S DEMONS superstar, ultra dashing Tom Riley will guest star in one of the episodes of the upcoming DR. WHO season in an unspecified role. He revealed over at his Twitter account that he is a massive fan of the show. 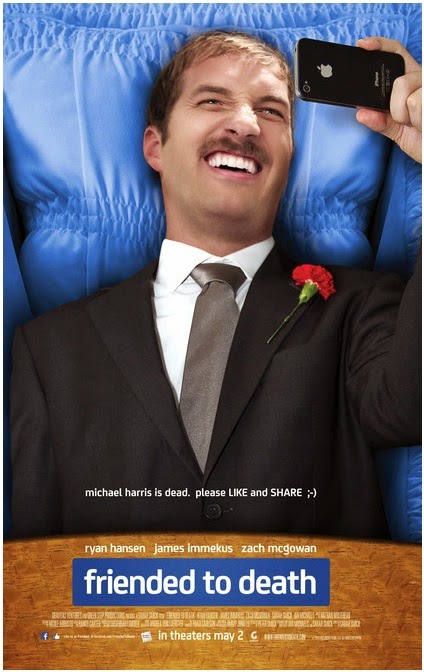 Today's trailer is for FRIENDED TO DEATH which comes to cinemas May 2nd starring Zach McGowan and Ryan Hansen. Facebook junkie Michael Harris will go in his desperate attempt to figure out who his real friends are: after being scorned by his so-called BFF, Michael questions if anyone would care if he died, so he fakes his own death online to see who shows up at his funeral. In the end, Michael is forced to reconsider the true nature of friendship, in this tongue-in-cheek commentary on today's hyper-connected world of social media. We have an exclusive look at the poster, along with the first trailer and clip. Watch as one man suffers a social media meltdown that could affect us all.
Posted by DEZMOND at 2:00 PM