small screens two years ago starring Tom Hiddleston, Jeremy Irons and Ben Whishaw (I myself appreciated the outstanding performances and the artistic value of it, but found the whole series difficult and even monotonous to follow) but it is getting a continuation: BBC will also produce HENRY VI and RICHARD III into TV mini series and they have announced this weekend that Benedict Cumberbatch will play Richard III. Cumberbatch is already playing Hamlet in a London theatre.


DID YOU KNOW?
Richard III depicts the Machiavellian rise to power and subsequent short reign of Richard III of England. It is extremely long and is rarely performed unabridged! It follows King Richard III who had murdered HENRY VI during the infamous War of Roses before he got into the fight with his own brother EDWARD and killed his own nephews. We've seen that story already last year in BBC's unsuccessful THE WHITE QUEEN epic series. HENRY VI was remembered as a king who suffered from insanity and who took the throne when he was only 9 months old.


SUMMER 2014 ON SYFY
DOMINION RISES JUNE 19TH
If you're asking yourself what shall we watch this summer on TV, we shall watch sf shows: SyFy has scheduled their new sf show DOMINION and the second season of DEFIANCE for June 19th! DOMINION is an epic supernatural drama set in the year 25 A.E. when an army of lower angels, assembled by the archangel Gabriel, has waged 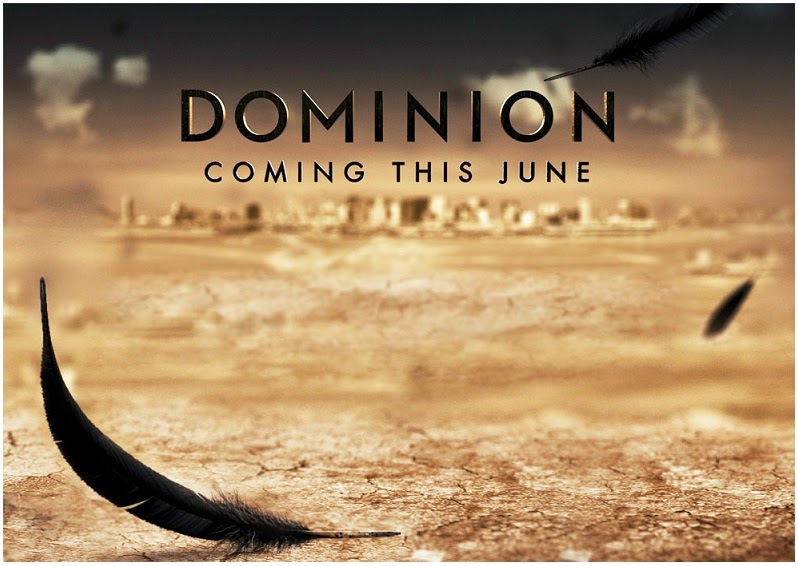 a war of possession against mankind. The archangel Michael, turning against his own kind, has chosen to side with humanity against Gabriel. Rising out of the ashes of the 25-year long battle are newly fortified cities which protect human survivors. Chris Egan and Tom Wisdom lead the cast.

DEFIANCE RETURNS
Dominion will be preceded by the second season of DEFIANCE on Thursday nights. DEFIANCE is now in drastic turmoil. The Earth Republic has assumed control of the town, with far-reaching consequences including a new mayor. Nolan (Grant Bowler) traverses the badlands to find a lost Irisa (Stephanie Leonidas), Amanda 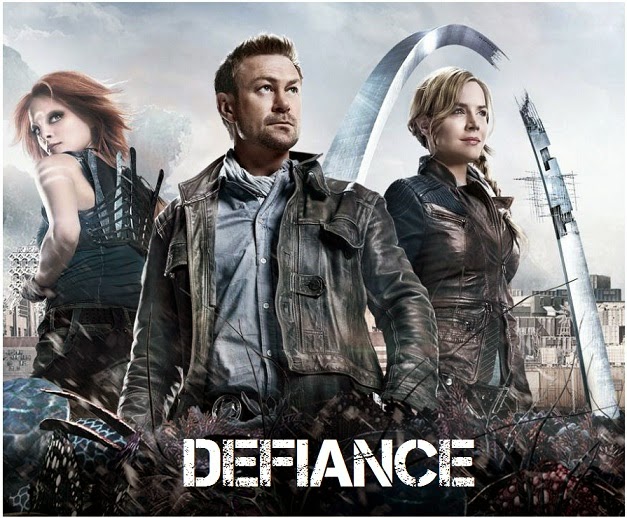 (Julie Benz) has an unexpected new role in the town as she searches for Kenya and the Tarr family desperately tries to keep control of their criminal empire in the midst of dramatic changes. Joining the cast this season are James Murray as new mayor Niles Pottinger, Anna Hopkins as Earth Republic soldier Jessica “Berlin” Rai and William Atherton as Earth Republic official Viceroy Mercado.