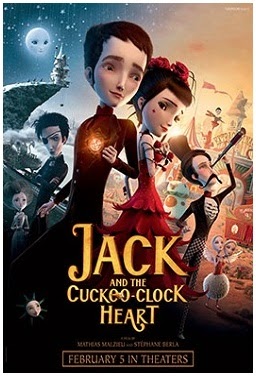 HEART
Here's something delightful for you this Sunday - a spotlight on lovely and deeply creative new animated adventure JACK AND THE CUCKOO CLOCK HEART which has already played in French cinemas seen by hundreds of thousands of cinema goers and will be released in United States later this year when it will also be available for digital download and home video. The movie comes from Dionysos' singer Mathias Malzieu and music video director Stéphane Berla and is produced by Luc Besson’s EuropaCorp! This magical animated

adventure is actually a big screen adaptation of Malzieu's novel and concept album of the same name, talking about passion and acceptance 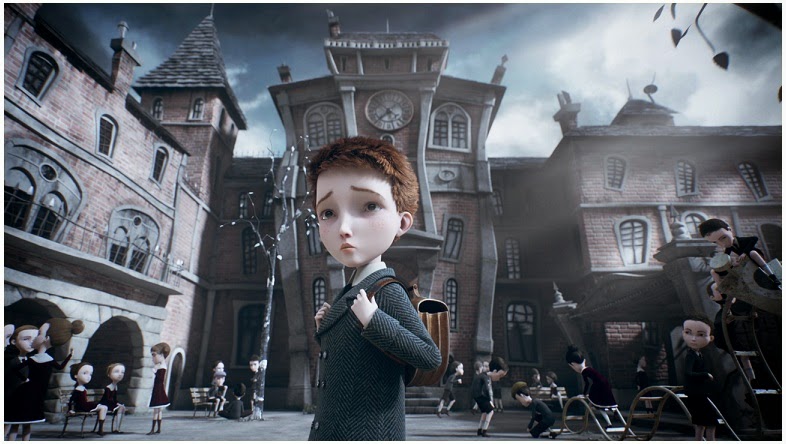 JACK'S STORY
THE JOURNEY OF ONE HEART
The magnificent love story of JACK AND THE CUCKOO CLOCK HEART CGI animated fairy tale is set in an exciting period full of fabulous inventions, eccentric characters and fantastic adventures 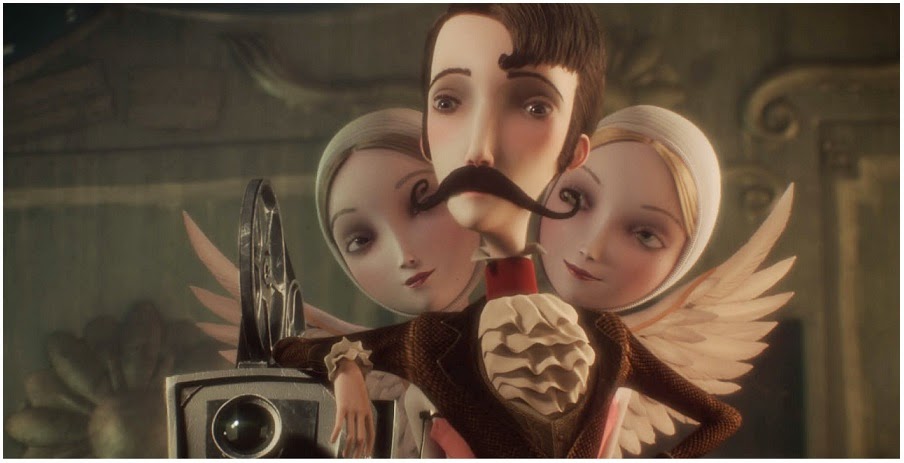 taking place in late-19th century Edinburgh in Scotland where Little Jack is born on a day so cold that his heart remains frozen. His life is saved by inserting a cuckoo clock in its place, but it will work only if

he observes three golden rules: He must never touch the hands of the clock, he must control his anger and he must never fall in love. When Jack sets eyes on a young girl singing on a street corner, the hands 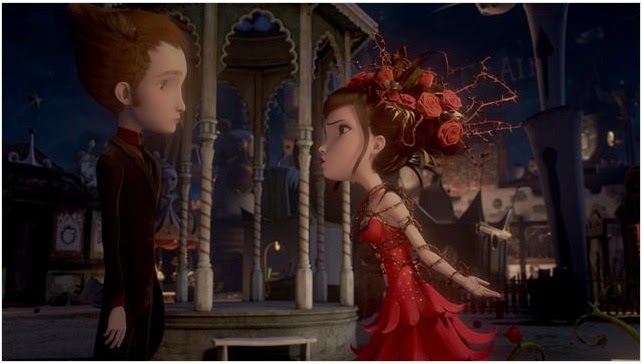 of his clock-heart begin to race: Jack is prepared to do anything to find her again and so, like a Don Quichotte, he sets out on a quest for love that will take him from the Scottish lochs to Paris, and from there to Andalusia.