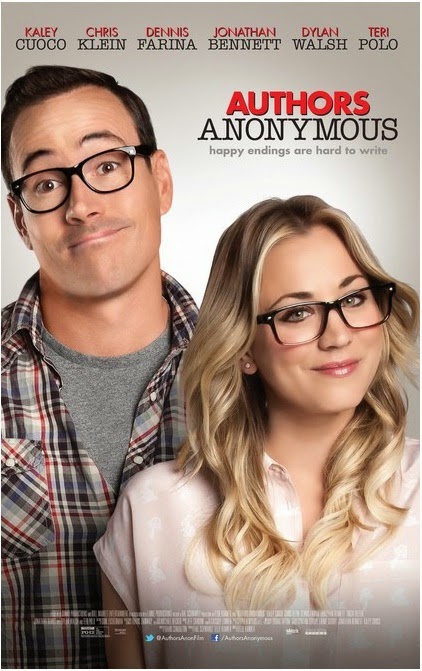 Since there are no news today, I shall entertain you with some comedies, starting with AUTHORS ANONYMOUS which is currently playing in cinemas. After a dysfunctional group of unpublished writers with the motto all for one accept Hannah Rinaldi (Kaley Cuoco) into their fold, the last thing they expect is her overnight success - but that's exactly what they get. While her career takes off, her eccentric and envious colleagues (Chris Klein, Teri Polo, Dylan Walsh, Dennis Farina and Jonathan Bennett) struggle to find their own paths to publishing fame and fortune. Tensions rise, rivalries form, and hearts are broken. Rejection turns to desperation. Good thing they're only armed with pens... 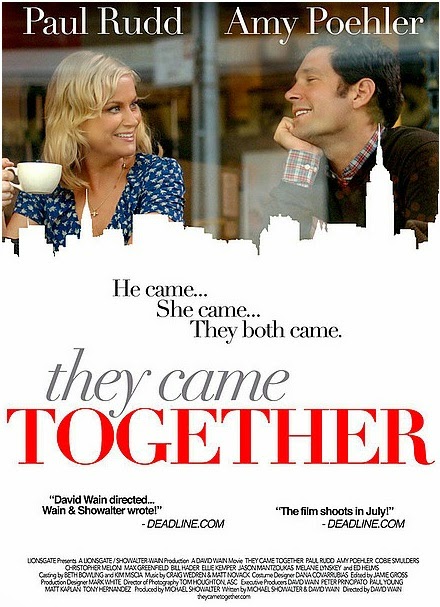 Another comedy to bring smiles on your face, but a bit later this year - in June - is THEY CAME TOGETHER starring Paul Rudd and Amy Poehler in the lead roles!  When Joel (Rudd) and Molly (Poehler) meet, it's hate at first sight; his big corporation is the one that threatens to shut down her quirky knick-knack store. Story, which follows their predictably on-again/off-again relationship, features rom-com staples such as the jealous ex-girlfriend, the office jerk, scary in-laws, a boring dentist, a wise dog and beautiful shots of New York City in autumn. Ed Helms is also in the cast.

22 JUMP STREET
SKIPPIN CLASSES, KICKIN ASSES
June will also bring us a sequel of the successful comedy into cinemas - 22 JUMP STREET! After making their way through high school (twice), 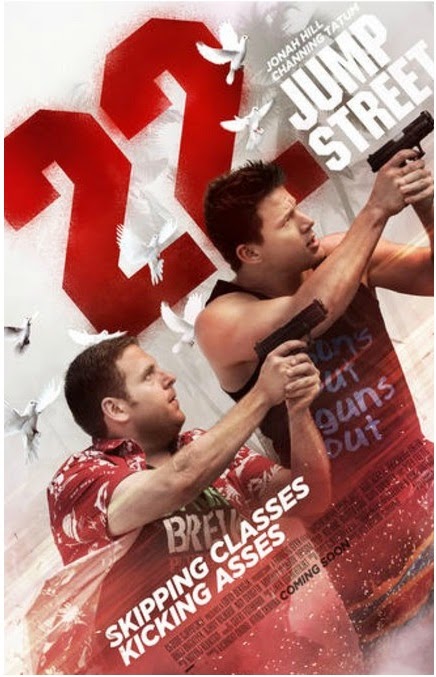 big changes are in store for officers Schmidt (Jonah Hill) and Jenko (Channing Tatum) when they go deep undercover at a local college. But when Jenko meets a kindred spirit on the football team, and Schmidt infiltrates the bohemian art major scene, they begin to question their partnership. Now they don’t have to just crack the case – they have to figure out if they can have a mature relationship. If these two overgrown adolescents can grow from freshmen into real men, college might be the best thing that ever happened to them. The trailer below is incredibly rude and offensive.
Posted by DEZMOND at 2:10 PM