Earlier last week I informed you that Warner Bros. wants Henry Cavill for the lead role in their remake of GODZILLA, but during the

weekend the new name which popped up in the run for the role is Aaron Johnson whom you've seen in KICK-ASS and this winter in ANNA KARENINA! The remake is being written by THE WALKING DEAD's Frank Darabont. Another piece of news which dominated this weekend is the one about ABC wanting to do live action STAR WARS TV show, which was deemed too expensive for the small screens. Now that both the network and LucasFilms are owned by Disney, this seems more realistic than three or four years ago when first ideas about the show were revealed. The idea was to spend 5$ million per episode and to make a show which would be similar to a space western. The show which might centre on rival families battling for control of the underworld in the galaxy probably won't be connected with the new STAR WARS film scheduled for 2015.


HOLLYWOOD SPY HEADLINES
And a bunch of sequels is in works in Hollywood: JURASSIC PARK IV has been officially scheduled for June 2014 with Steven Spielberg producing the project, and another sf project DREDD is also hoping to get its sequel

since it was originally planned as a trilogy. Karl Urban film wasn't overly successful at the box office but it did gain army of fans who loved the remake. Pete Travis won't return to the helm.  A film which did score huge worldwide success last year was STEP UP 4 REVOLUTION, and the fresh gossip says that we will be getting STEP UP 5 with the idea to gather all of the stars from the previous parts into the fifth film, including Channing Tatum who starred in the first movie and who became a major star later on. They will apparently all appear in an epic dance number in the end of the film. As you know, Channing didn't only launch his career with STEP UP but he also married Jenna Dewan, his partner in the film. Meanwhile, PIRATES OF THE CARIBBEAN 5 will have TOWER HEIST writer Jeff Nathanson penning the script. Johnny Depp is returning to his role. 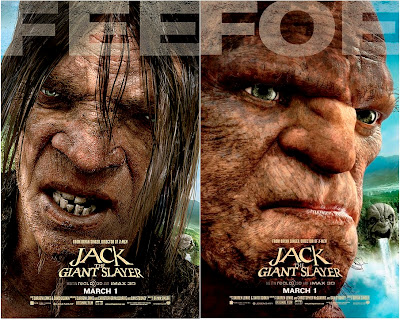 and Fallon, showing the mighty giants that Nicholas Hoult will have to slay as Jack. He will have to climb up the famous beanstalk and rescue his princess played by Eleanor Tomlinson. You can read more 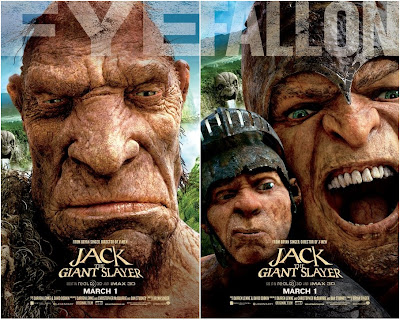 GOLDEN GLOBES RED CARPET REPORT TOMORROW
And don't forget that later this Monday, I will probably bring you HOLLYWOOD SPY's exclusive report from Golden Globes' red carpet (in other words we shall be trashing the stars) depending on how inspiring our celebs will be at the ceremony.  So, don't forget to drop by and share your naughty comments on celebrity fashion with us :) I know that some of the gowns will simply irritate you and you will have to share it with the world :)