EWAN MCGREGOR IS "OUR KIND OF TRAITOR"! JOHNNY DEPP IS "MORTIMER WINTERGREEN"! MICHAEL GAMBON & ALFRED MOLINA ARE GAY IN "LOVE IS STRANGE"! "THE END OF LOVE" TRAILER WITH AMANDA SEYFRIED, MARK WEBBER!

Will Johnny Depp leave his fantasy world and finally do something that doesn't involve him wearing tones of make up? Of course not, he is busy planning yet another movie from the fantasy genre: Jack Thorne, who is mostly known as the scribe of popular British show SKINS, has just been hired to pen Depp's new magician movie MORTIMER WINTERGREEN. Depp will produce and possibly also star in this film to be directed by NANNY MCPHEE helmer Susanna White. According to "The Hollywood Reporter" the project is loosely based on a 1987 novel written by Myron Levoy titled "The Magic Hat of Mortimer Wintergreen". Set in the 1890s, the book follows a brother and sister who run away from their mean aunt and cross paths with a travelling magician named Mortimer Wintergreen. The man possesses a magical hat with a mind of its own, and the three find themselves on a series of wild adventures.


HOLLYWOOD SPY HEADLINES
My, my, it was only recently that I informed you about Ian McKellen and Derek Jacobi preparing a sitcom together in which they will play a grumpy gay couple who constantly fight with each other, and now we

have another glorious gay match - according to  "Collider" Michael Gambon and Alfred Molina will play a married couple in LOVE IS STRANGE! The upcoming film follows Ben (Gambon) and George (Molina), a couple who marry at a City Hall wedding in Manhattan after 28 years of being together. Shortly after their honeymoon, the couple are faced with a financial issue when Ben is fired from his job as a choir director at a Catholic high school. The pair are forced to move in separately with other people - a nephew and his family in Brooklyn, and two gay cops next door. Meanwhile, our favourite Ewan McGregor has joined new spy movie OUR KIND OF TRAITOR based on a John Le Carre's novel which follows a British couple who find themselves caught up between the Russian Mafia and the British Secret Service after becoming mixed up with a mysterious Russian businessman. 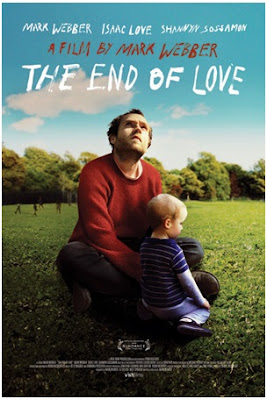 THE END OF LOVE TRAILER
And here is a charming and heartwarming trailer for you today: the first clip for upcoming drama THE END OF LOVE which stars Amanda Seyfried, Shannyn Sossamon, Michael Cera, Aubrey Plaza, Mark Webber and Isaac Love. The story of this drama revolves around a young man who has lost his wife. The plot focuses on the relationship between the young father and his infant son after the death of the boy's mother. Mark Webber both directs and takes the lead role in the film.
Posted by DEZMOND at 12:00 AM