Today you can check out a new trailer for Peter Webber's historical drama EMPEROR which should open up in theatres this March telling the story, inspired by true events, of the bold and secret moves that won the peace in the shadows of post-war Japan. Starring Academy Award- winner 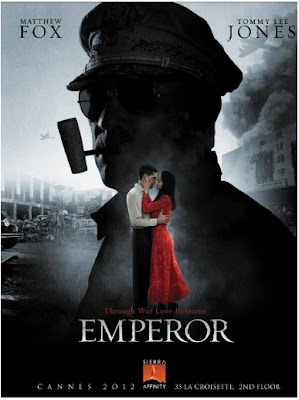 Tommy Lee Jones, Matthew Fox, and newcomer Eriko Hatsune, EMPEROR brings to life the American occupation of Japan in the perilous and unpredictable days just after Emperor Hirohito's World War II surrender. As General Douglas MacArthur (Jones) suddenly finds himself the de facto ruler of a foreign nation, he assigns an expert in Japanese culture - General Bonner Fellers (Fox), to covertly investigate the looming question hanging over the country: should the Japanese Emperor, worshipped by his people but accused of war crimes, be punished or saved? The film also has a love story between Fellers and a Japanese girl.


HOLLYWOOD SPY HEADLINES
It also seems that Charlie Hunnam from SONS OF ANARCHY will again work with director Guillermo Del Toro! The two of them worked together on science fiction spectacle PACIFIC RIM which hits

cinemas  later this summer, but now "Variety" reports that he could star in Del Toro's new thriller CRIMSON PEAK. Not much is know about the paranormal thriller except that it might also star Emma Stone. And the famous Italian director Giuseppe Tornatore, for whose new film you can watch a trailer below, is planning a $100 million epic on WWII. Titled LENINGRAD (not to be confused with STALINGRAD I mentioned last week), and written by late Sergio Leone, it will depict the seige of Leningrad by the German army during World War II. The Russians suffered terrible losses but the Communists would not give up the birthplace of the Russian revolution. The film has been in preproduction for many years now and Tornatorre wants Nicole Kidman in one of the lead roles. 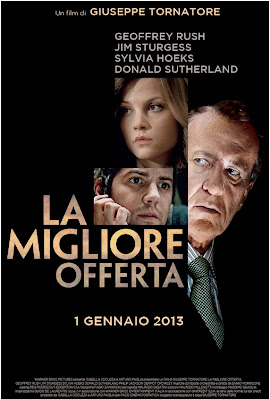 And here's a trailer we've been waiting for a long time now:Italian movie THE BEST OFFER starring Oscar winner Geoffrey Rush and young Jim Sturgess. Directed by Giuseppe Tornatore the helmer of classics such as MALENA and CINEMA PARADISO, and also starring Donald Sutherland beside Geoffrey Rush and Jim Sturgess, the griping movie brings the tale of an eccentric art expert who is invited by a mysterious woman to assess a piece, and it's a journey that will change his life forever. The film, which is currently 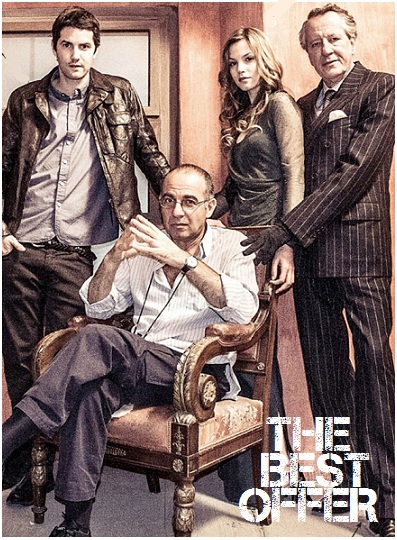 playing in Italian cinemas and should get its US release later this year, has a great honour of having legendary Ennio Morricone as the writer of the music.

Elliot Cowan - who all sent us messages, tweets and retweets last night after reading our spotlight on their show! Such brilliant and kindhearted people they are!
Posted by DEZMOND at 12:00 AM