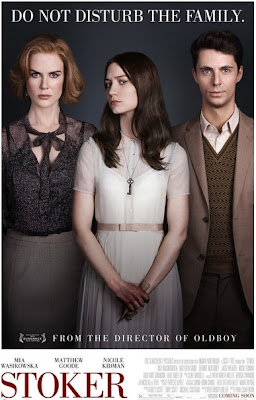 We shall have a trailer day today, people, with three new clips to show. The first one is a new clip for STOKER, an unusual horror drama written by Wentworth Miller, which is ready to start its cinematic life in March starring Nicole Kidman, Matthew Goode, Dermot Mulroney, Lucas Till and Alden Ehrenreich. After India's (Mia Wasikowska) father dies, her Uncle Charlie (Matthew Goode), who she never knew existed, comes to live with her and her unstable mother (Nicole Kidman). She comes to suspect this mysterious, charming man has ulterior motives and becomes increasingly infatuated with him.The film is also the first English language project of Asian helmer Chan-wook Park.

DID YOU KNOW?
You shall watch magnetic Matthew Goode this year in CROOKED HOUSE too with Gemma Arterton, Julie Andrews and Gabriel Byrne, in a story about an engaged woman who holds off on marriage until the identity of the person who poisoned her grandfather is found! Nicole Kidman will be seen in period film THE RAILWAY MAN next to Collin Firth and in BEFORE I GO TO SLEEP next to Mark Strong.

THE HEAT 2ND TRAILER
The second trailer for you today is a red band one for new comedy THE HEAT which will open up in cinemas this April. Directed by Paul Feig, the film will see Sandra Bullock play Sarah Ashburn, an uptight 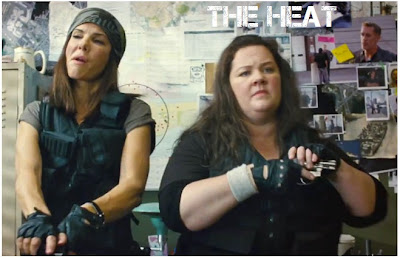 FBI agent who must forge an unlikely partnership with no-nonsense Boston cop Shannon Mullins, played by hilarious Melissa McCarthy, to take down a ruthless drug lord. 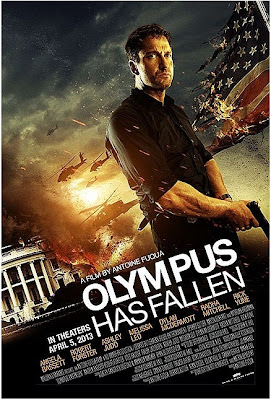 but two films this year in which the infamous White House is under attack. The first one to drop a trailer is action thriller OLYMPUS HAS FALLEN which will open in cinemas this March starring Gerard Butler, Aaron Eckhart, Dylan McDermott and Morgan Freeman and divine Ashley Judd.  The Scottish hunkster Butler plays a disgraced Presidential guard who becomes the country's last hope when the Commander in Chief is kidnapped by a "ruthless gang of terrorists". Later on this summer you will watch pretty much the same thing in WHITE HOUSE DOWN but with Channing Tatum in the lead role.
Posted by DEZMOND at 12:00 AM