NEW PICS OF HUGH JACKMAN AS "THE WOLVERINE" & HENRY CAVILL AS "MAN OF STEEL"! WW2 TRAILER FOR RUPERT GRINT'S "INTO THE WHITE"! "THE LADY WHO WENT TOO FAR" 18TH CENTURY EPIC! REESE WITHERSPOON IN "THE GOOD LIE"

In her effort to take a more serious direction in her career, Reese Witherspoon has landed yet another dramatic role: she will apparently star in THE GOOD LIE. Inspired by a real story, the film will centre on a young refugee of the Sudanese Civil War who wins a lottery for relocation to the U.S. with three other lost boys. Encountering the modern world for the first time, they develop an unlikely friendship with a brash American woman assigned to help them, but the young man struggles to adjust to his new life and his feelings of guilt about the brother he left behind. Meanwhile, "THR" writes that David Seidler, THE KING'S SPEECH scribe, has a new project: THE LADY WHO WENT TOO FAR will be a sweaping and adventurous period epic on Lady Hester Stanhope, who rejected London society in the early 1800s to travel across the Mediterranean and into the Middle East, where she played a major role in stifling Napoleon's advances toward India.


HOLLYWOOD SPY HEADLINES
Oooh, a bunch of delightful new photos from the upcoming blockbusters for you today, my people. First, check out the dashing picture of Hugh Jackman as all suited up Wolverine from 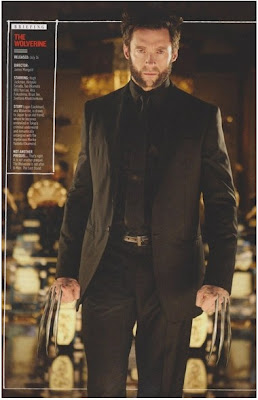 "GQ Magazine"! THE WOLVERINE will hit cinemas this July and will see him travelling to Japan to train with a samurai warrior. His origin story also stars Famke Janssen and Will Yun Lee. The second picture is from another superhero - Superman, with Henry Cavill posing as MAN OF STEEL for the cover of EMPIRE! That film is hitting cinemas this June directed by Zack Snyder and also starring Amy Adams as Lois Lane, Russel Crowe as Superman's father, Kevin Costner and Diane Lane as Clark Kent's adoptive parents, Michael Shannon as General Zod, Laurence Fishburne as Perry White in the story about a child, sent to Earth from a dying planet, 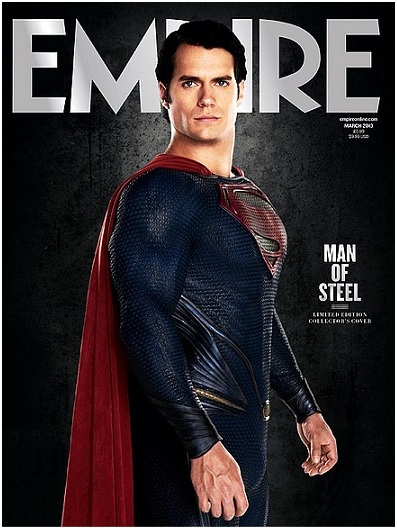 which is then is adopted by a couple in rural Kansas. Posing as a journalist, he uses his extraordinary powers to protect his new home from an insidious evil! The $200 million film will delve into the psychology of Superman!


INTO THE WHITE TRAILER
And I have a trailer for you today for a Norwegian and Swedish World War 2 drama INTO THE WHITE. The historical thriller  tells the 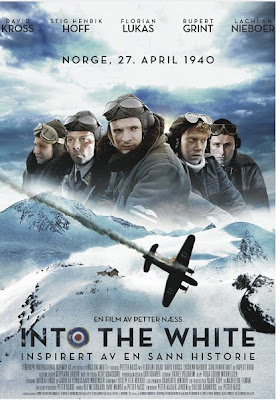 story of English and German pilots who shoot each other down, and later find themselves at the same cabin in the middle of some polar region swept with snow and blizzard. In order to survive the tough winter in the Norwegian wilderness they have to stand together. It's the start of a long and unlikely friendship. Beside HARRY PLOPPER's Rupert Grint who plays one of the British pilots, the cast also includes Florian Lukas, David Kross, Lachlan Nieboer and Sondre Larse. The film premiered last year in Norway but will open in Russia, Germany and USA later this spring and winter.
Posted by DEZMOND at 12:00 AM