The reason why we love Robin Williams so much is how he is one the best comedians in history who isn't afraid to take diverse roles, some even very shocking. We loved him in ONE HOUR PHOTO and INSOMNIA, where he was dangerous and crazy, but we also loved him as caring MRS.

DOUBTFIRE. The fresh news is that he will now star in BOULEVARD, an intimate drama about marriage and lies, in which Williams will play Nolan Mack, a devoted husband in a marriage of convenience until a run-in with a guarded young man forces Nolan to come to terms with his own secrets. Robin will also be seen this year in star studded THE BUTLER in which he plays  Dwight Eisenhower, and in THE ANGRIEST MAN IN BROOKLYN as a man who has only a few hours to live and has to determine what to do with them. I've told you before that he will join Annette Bening in LOOK OF LOVE about a widow who falls for a guy who bears a striking resemblance to her late husband, and in THE BIG WEDDING next to Robert De Niro, Diane Keaton, Topher Grace, Katherine Heigl, Amanda Seyfried, Ben Barnes and Susan Sarandon! I wish he would accept to play Susan Boyle in her biopic :) 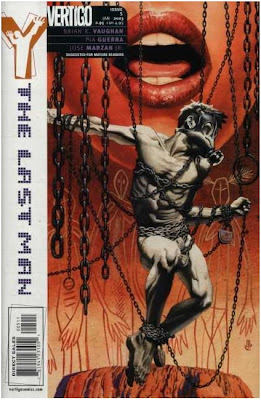 , a young man who, along with his pet monkey, somehow become the only two male mammals on Earth, after a bizarre, cataclysmic event wipes out every other male on the planet, both human and animal. Yorick teams with a government operative known only as 355, to try and get to the bottom of this world-changing event. Speaking of movie adaptations Steven Spielberg has put his ROBO- POCALYPSE sf project on hold for a few months deeming it to expensive to make right now: it is supposed to be a film based on Daniel H. Wilson novel about the humanity trying to adapt to a world in which robots have taken over the control after a huge uprising.


PARADE'S END
You can also check out a trailer which HBO released for British mini series PARADE'S END which will finally debut over in United States on February 26th. The sweeping World War One five part tale based on 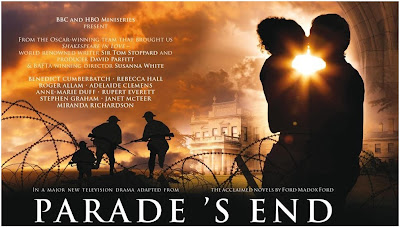 a series of novels by author Ford Madox, stars Benedict Cumberbatch and Rebecca Hall in a plot that centres on a love triangle which develops between old-fashioned Christopher Tietjens, his vindictive wife Sylvia and young suffragette Valentine Wannop, in the midst of World War I and a Europe on the brink of profound change. As 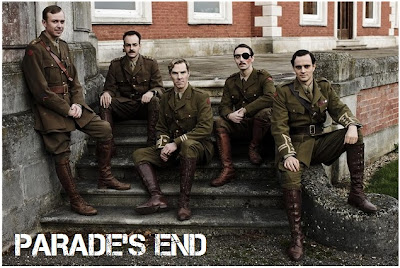 the war drags on, Christopher goes to fight in France, and leaves behind Sylvia, a son who may or may not be his and Valentine. He must ultimately decide who he is to remain with for the duration of his life: the beautiful yet manipulative Sylvia or the adoring Valentine. The 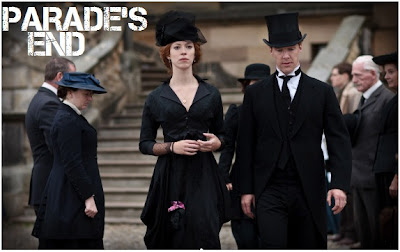 series already aired at BBC last summer and the cast also includes Rupert Everett, Anne Marrie Duff, Miranda Richardson, Janet McTeer and Jack Huston. The series has received widespread critical acclaim and was one of the best watched at BBC last year.
Posted by DEZMOND at 12:00 AM