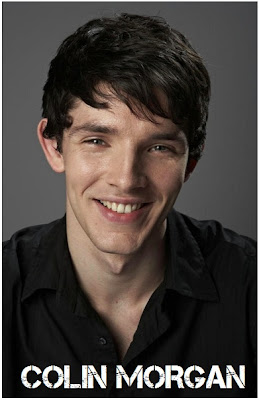 Although BBC worldwide hit show MERLIN has officially finished only last month in UK, I already miss delightful British star Colin Morgan who played the clumsy, devoted, honest and adorable magician in the wordlwide hit epic series. But good news come from BBC: he will guest star in BBC One's new three part period series QUIRKE which will see Gabriel Byrne playing the title character - a sombre Dublin pathologist who solves crimes in the 1950s. Colin Morgan will have a gig in the third episode. Meanwhile, British actor Dominic Cooper (MAMMA MIA) has been cast for the role  of legendary James 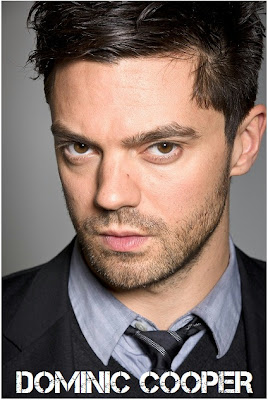 Bond author Ian Fleming in a brand new Sky Atlantic mini series. The four part biopic titled FLEMING will see him play the James Bond creator who was also a former naval intelligence officer. Dynamic and entertaining as any of the Bond films, the series will be filmed in the UK and Budapest, and will be set during the Second World War when Fleming was heavily involved in planning naval strategy against the Nazis.

HOLLYWOOD SPY HEADLINES
Interesting news comes from Ron Howard and J.J. Abrams who will work together on an English remake of Israeli film ALL I'VE GOT in which the story follows a young woman who gets in a freak car

accident that kills her husband. In time, the woman moves on, gets re-married and has three children, but when she dies, 50 years after the accident, the afterlife presents an intriguing option. She can either have the memories of her life after the accident wiped clean, to become young again with her first love, or she can remain how she is to wait for her second husband. Meanwhile, Dwayne Johnson's epic HERCULES has been given August 2014 premiere spot. To be directed by Brett Ratner as a possible franchise, the film will follow the famous Greek hero in Thracian wars. Having completed his twelve labours, the weary son of Zeus becomes a mercenary in order to find solace the only way he knows how - by fighting. He and his six companions begin to suspect the motives of their vicious employer Cotys, the King of Thrace.

SHAKIRA & PIQUE 4 UNICEF
And in today's celebrity news, you can check out delightful new pictures from pop sensation Shakira and the father of her upcoming baby soccer superstar Gerard Pique. The two of them took photographs together in order to help a UNICEF charity appeal. Together they have organized a virtual baby shower with the aim to raise money for children charities. By joining the online baby shower you can help millions of vulnerable babies around the world. Celebrating the arrival of their first child, Shakira and Gerard are asking for gifts and donations for other less privileged children who don't have their basic needs covered. The interactive baby shower allows fans to look inside their virtual living room, where users can learn about child 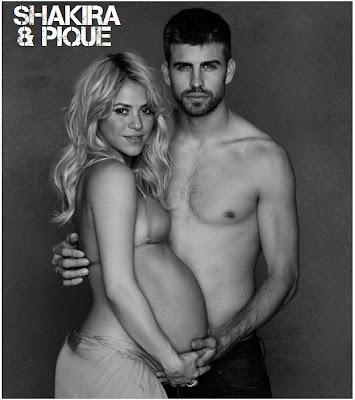 survival issues and purchase an 'Inspired Gift' that can help raise money for the campaign.
Posted by DEZMOND at 12:00 AM