Last week I told you about Russian director Fedor Bondarchuk preparing THE WINTER QUEEN movie with Anjelica Huston, David Thewlis and Milla Jovovich in the cast, but it seems he also has another big

project in postproduction: he is helming STALINGRAD a WW2 $30 million epic focusing on the battle of Stalingrad! The cast includes some international names such as Thomas Kretschmann (THE YOUNG VICTORIA, VALKYRIE, KING KONG). One of the last movies which described the famous Stalingrad battle was ENEMY AT THE GATES which, back in 2001, starred Jude Law, Rachel Weisz and Joseph Fiennes. Another war movie we shall watch in the future is also THE 34TH BATTALION which recently added Vinnie Jones and AVATAR's and TERRA NOVA's Stephen Lang to the cast which already includes Luke Hemsworth (the older brother of Chris and Liam). The World War I drama will centre on an Australian Army unit that was involved in some of the toughest battles of the conflict, the focus being particularly on four men from New South Wales who join the army in 1916, following the deadly Gallipoli campaign, only to take part in some of the worst battles world had ever seen.

and John Logan. The visual spectacle combined with the psychological insight will bring together some of the most iconic literary characters - fictional horror icons - including Dr Frankenstein and his creature, Dorian Gray and characters from Dracula - as they cross paths in Victorian London. I've told you before that NBC is also working on a Victorian set show - DRACULA with Jonathan Rhys Meyers in the lead role. Speaking of vampires, CW is working on VAMPIRE DIARIES spin-off series THE ORIGINALS which will follow the character of Klaus (Joseph Morgan whom you've seen in IMMORTALS too as the villainous soldier Lysander) as he returns to his old haunt in the French Quarter of New Orleans. Klaus was one of the founding fathers of New Orleans and the new show will focus on his highly dysfunctional family. It is interesting that Joseph Morgan will star with the above mentioned Thomas Kretschmann in unusual thriller OPEN GRAVE as a man who wakes up in the wilderness, in a pit full of dead bodies, with no memory and must determine if the murderer is one of the strangers who rescued him, or if he himself is the killer.


SCARY "VIY" TRAILER
And speaking of Russian films with international cast, here's another one: THE RETURN or VIY VOZVRASHCHENIE will be an adventurous epic based on a Nikolai Gogol story and set in the early 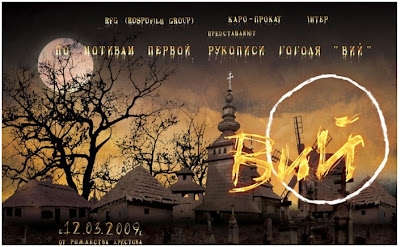 18th century, with Jason Flemyng playing cartographer Jonathan Green who undertakes a scientific voyage from Europe to the East. Having passed through Transylvania and crossed the Carpathian Mountains, he finds himself in a small village lost in impassible woods. 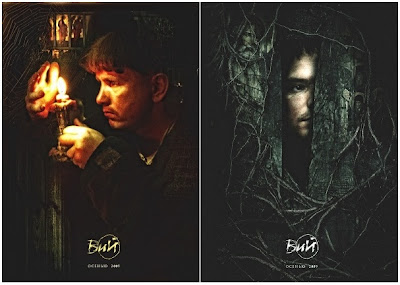 Nothing but chance and heavy fog could bring him to this cursed place. People who live here do not resemble any other people which the traveler saw before that. The villagers, having dug a deep moat to fend themselves from the rest of the world, share a naive belief that they 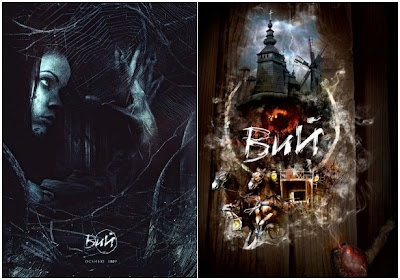 could save themselves from evil, failing to understand that evil has made its nest in their souls and is waiting for an opportunity to gush out upon the world. The cast also includes GAME OF THRONES' Charles Dance!
Posted by DEZMOND at 12:00 AM