Lots of movie news from the epic genre today, people, and you know your trusted HOLLYWOOD SPY is one of web's biggest sources for all things epic and 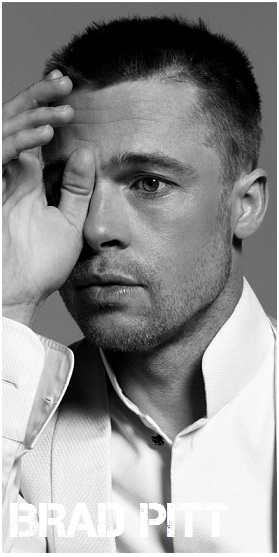 historical! The latest piece of info coming from "Deadline" says that Brad Pitt wants to wear sandals again after his rather weak attempt in TROY where he tried to play Achilles. He is now apparently negotiating with Warner Bros to star in their biblical epic which will depict the life of infamous PONTIUS PILATE, the judge at Jesus Christ's trial who sentenced God's son to death by crucifixion. The movie on the fifth Prefect of the Roman province of Judaea from AD 26-36 will be based on historical fact, and will chronicle the life of Pontius Pilate leading up to the sentencing and crucifixion of Christ.In last two years at least five or six Biblical films have been announced but none got into production, except Russell Crowe's NOAH which will be a futuristic epic.

In other epic news today, "The Hollywood Reporter" writes about the Sony Pictures movie adaptation of famous video game SHADOW OF COLOSSUS. Josh Trank, who

had CHRONICLE sleeper hit earlier last year, will direct this fantasy adventure centred on a young man named Wander, who was tasked with defeating sixteen massive colossi in order to save a girl named Mono, and restore peace and order to his kingdom. Speaking of fantasy projects, Disney has parted its ways with Mark Romanek who was supposed to helm their movie adaptation of CINDERELLA adding the blond beauty to other already filmed fairy tales from SNOW WHITE to ALICE IN WONDERLAND and HANSEL AND GRETEL. Romanek's vision of the classic tale was apparently too edgy and too grim and dark for Disney. As I reported some time earlier this winter Cate Blanchett is supposed to play the evil stepmother, while a bunch of young actresses including Alicia Vikander and Saoirse Ronan are auditioning for the titular role.


HENRY CAVILL IN GODZILLA
Also kinda epic, but in a monstrous way is GODZILLA which is getting a remake at Warner Bross. Gareth Edwards will direct the movie on the

legendary monster which is to hit cinemas together with the remake of TEENAGE MUTANT NINJA TURTLES in May 2014. The info coming from "Digital Spy" is that Henry Cavill is in the run to take the lead role in the remake, and other candidates for the roles are Caleb Landry Jones and Scoot McNairy. Frank Darabont who got his fame back with his successful work on THE WALKING DEAD is writing the script. You already know that after playing Superman in MAN OF STEEL, Henry will also star in another epic adventure - THE GREAT WALL with Benjamin Walker and Zhang Ziyi - a historical mystery centred around the construction of the Great Wall of China.
Posted by DEZMOND at 12:00 AM