Your Favourite TV Hunk poll part two is officially over with the record breaking number of almost 1800 votes! The army of Richard Armitage's fans has bravely won the battle proclaiming the British actor the winner with 1473 votes (83%), 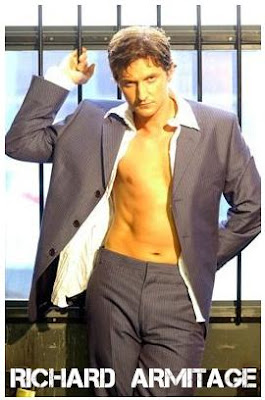 and leaving the brave gladiator Andy Whitfield on the second place with 236 votes (13%). Nathan Fillion won the 3rd spot with just 20 votes.
Now, since I don't know much about Richard, and since he couldn't be here himself to accept the tittle, he has sent us Nat, the high priestess of his fan-temple (and we suspect his secret paramour as well ^_^), to give us a speech about him, and this is what Nat told us: "Richard Armitage is a 38 year-old British actor whose popularity is spreading across the world thanks to his acting talent and gorgeous good looks that just get better with age.

He is most famous for his roles in British TV, such as: John Thornton, the brooding, cravat-wearing cotton mill owner in the BBC mini series, "North & South", Sir Guy of Gisborne, the Sheriff's dark and jaded side-kick in the BBC series "Robin Hood", Harry Kennedy, the adorable and sweet love interest in the comedy series "The Vicar of Dibley", Lucas North, the tattoo-covered government agent with a troubled past in "Spooks", and most recently, John Porter~ the ass-kicking, gun slinging military man in Sky1's "Strike Back". He has also appeared in many British films. In respect to Richard's very loyal fan base, there's no real explanation for Armitage Syndrome. One minute, a person will be minding their own business, then the next, they've tuned in to see "North & South" or "Robin Hood" and *BAM!* 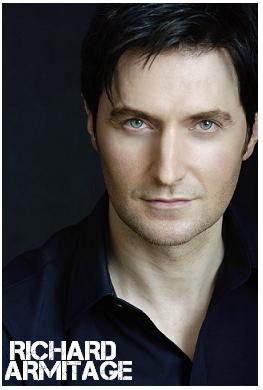 they're hooked on Richard and must see everything he's ever done. Warning: it could happen to you (And you will probably enjoy it and in the process, make a lot of online friends who can relate!)"

And now off to our next poll. I feel I have to do something for the guys this time, so our next poll will most definitely be a feast for their eyes (and other sensitive body parts): who is THE HOTTEST VIXEN - is it Brazil/Serbia's own Adriana Lima, Nordic bomb Victoria Silvstedt, blond beauty Doutzen Kroes, Slav angel Karolina Kurkova, sensual Josie Marran, steamy Carmen Electra, another Slav angel Joanna Krupa or the naughty Kelly Brooke? You can vote as much as you like next two weeks, and you may thank me as well for these pics :)
Posted by DEZMOND at 10:41 PM