RIDDLE ME THIS, RIDDLE ME THAT: IS ROBIN WILLIAMS THE RIDDLER IN THE NEW BATMAN?

Now, before you get your hopes up, this is just something that Robin Williams would like himself. One of the best comedians ever, while speaking to "Empire Magazine", Williams has admitted that he would like to become Batman's nemesis since he loves the famous superhero franchise: I would do Batman in a second, playing anyone. I'd play The Riddler in the next one, although it would be hard to top Heath Ledger as the villain and I'm a little hairy for tights. He also added that he was offered roles 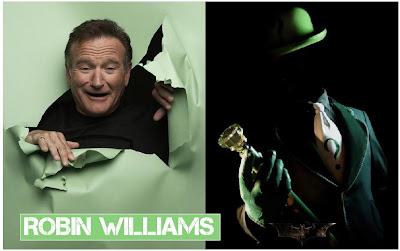 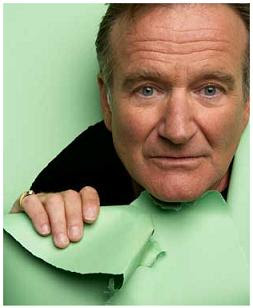 in Christopher Nolan's third brutal attack on Batman, and according to some rumors one of the candidates for the role is young Joseph Gordon Levitt. Everybody knows I don't have a high opinion about Nolan's take on the Batman, but I like the idea of Robin Williams doing a playful Riddler and bringing back the sparkle and humor that Nicholson, Carrey and Tommy Lee Jones had given to Batman films. He was stunning in "Insomnia" and "One Hour Photo", showing that he has a dramatic talent beside the comedic one.
Posted by DEZMOND at 2:51 PM