WILL MILEY CYRUS PLAY YOUNG CARRIE BRADSHAW IN THE POSSIBLE PREQUEL OF "SEX AND THE CITY"?

While she is conquering the world with her sensational new video "Can't Be Tamed", looking better than ever, Miley Cyrus has revealed that she wouldn't mind playing young Carrie Bradshaw in a possible prequel to 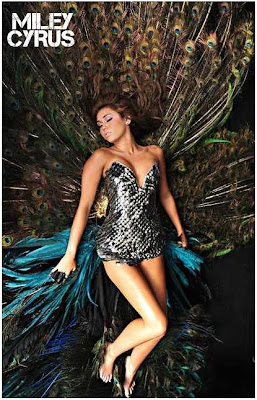 As you know, Miley has recently finished "Hannah Montana", the show which made her famous, and she also starred this year in "The Last Song" with her boyfriend Liam Hemsworth, the brother of the future THOR, Chris himself, who is also having nice times in his career after scoring the lead role in the upcoming epic "Arabian Nights".
Posted by DEZMOND at 11:12 PM