In TV news, an interesting new casting addition for CW's new epic series pilot TRANSYL- VANIA! As 'Deadline' reports Amrita Acharia will play Coriander, an exotic gypsy leader of the matriarchal Szgany clan that runs the fleshpots of the Old City — the haunted spot where Vlad the Impaler once killed thousands of their tribe. Set in 1880 TRANSYL- VANIA centres on Victoria (Laura Brent), a headstrong young woman in search of her missing father who ventures from NYC to Transylvania where she teams up with a wrongfully disgraced Scotland Yard Detective (Luke Allen Gale), and together they witness the births of the most famous monsters and villains in history. 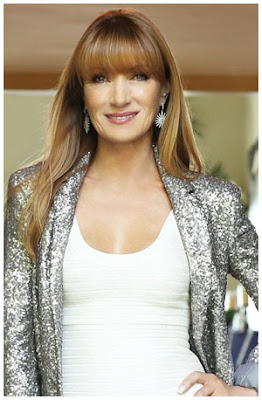 I've recently asked myself where has Jane Seymour disappeared but it seems she's coming back! She has joined British Sky 1's epic adventure series HOOTEN & THE LADY in which Michael Landes and Ophelia Lovibond play the title pair as they track down fabled treasures from the past, including the lost Amazonian golden city of Z, the Buddha's missing scroll and the lost tomb of Alexander the Great! The 8 part series will see Seymour playing  Lady Tabitha the fun and daring mother of Lady Alexandra, while Jessica  Hynes and Shaun Parkes are playing Lady Alexandra's colleagues from the British Museum.


'STORKS' NEW TRAILER
A BUNDLE OF TROUBLE!
Meanwhile, your new trailer for today is the second one for September animated movie STORKS which deliver babies…or at least 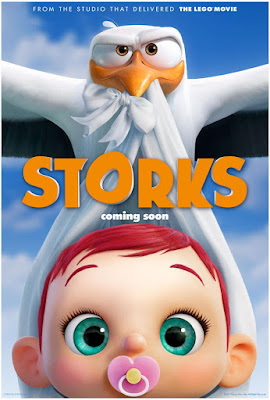 they used to. Now they deliver packages for global internet giant Cornerstore.com. Junior, the company’s top delivery stork, is about to be promoted when he accidentally activates the Baby Making Machine, producing an adorable and wholly unauthorized baby girl. Desperate to deliver this bundle of trouble before the boss gets wise, Junior and his friend Tulip, the only human on Stork Mountain, race to make their first-ever baby drop – in a wild and revealing journey that could make more than one family whole and restore the storks’ true mission in the world.
Posted by DEZMOND at 7:46 PM