With the news that AMC has renewed INTO THE BADLANDS epic series for second season and PBS their civil war saga MERCY STREET for a second run, there is also a piece of TV news coming from ABC that they have cast stunning Jono Kenyon as the lead in their hybrid sitcom TOAST! Coming from Shondaland and Scott Foley, if follows an engaged couple Max Leeds (Kenyon) and Paige, who, over their wedding rehearsal dinner, have their eclectic family and friends give toasts recalling anecdotes about the couple — but flashbacks reveal that the toasts don’t always get it right, as we watch the true story of their complicated, funny and relatable road to marriage. Tessa Ferrer will play Max' closest friend.

In other TV news, NBC's adventure series TIME has just cast Goran Visnjic as the main villain! It follows an unlikely trio (Abigail Spencer, Matt Lanter, Malcolm Barrett) who travel through time to battle a master criminal (Visnjic) intent on altering the fabric of human history with potentially catastrophic results. Vulnerable, damaged and oddly emotional, Visnjic’s Garcia Flynn is a dangerous man who’s recently stolen a time machine and travelled with his team of soldiers to the hours prior to the Hindenburg’s explosion. Flynn is guided by a strange journal from some other period of time, and while his full plan is still shrouded in mystery, it’s clear that he must be stopped. Don't confuse this one with ABC's TIME AFTER TIME which will have young H.G. Wells chasing Jack the Ripper through time! 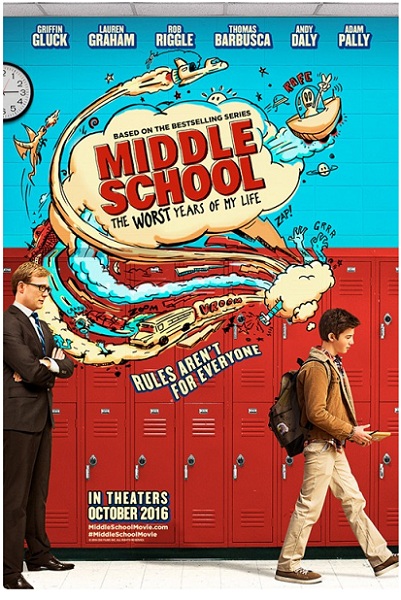 the rules that have been put before him. Rafe and his best friend Leo have come up with a plan; break every rule in the school hand book and as you expect trouble follows.
Posted by DEZMOND at 7:49 PM