You cannot have a good musical without a huge music star with a stunning voice and even more stunning looks: Nicole Sherzinger is the latest one to join the cast of ABC's three hour TV remake of DIRTY DANCING which already has Abigal Breslin as Baby and Pink's dancer Colt Prattes as Johhny! Nicole Scherzinger will play Penny, the troubled dancer whose unexpected pregnancy starts off a chain of events that leads dance instructor Johnny to good girl Baby. Beside a number of hit albums, and acclaimed roles in stage musicals, Nicole, who is also an operatic singer, also guest starred in HOW I MET YOUR MOTHER and is the most popular X FACTOR judge beside Paula Abdul. Listen to gorgeous Scherzy showing off her mindblowing voice in her stunning version of I AM TELLING YOU sung with Sam Bailey! She will make you shake! 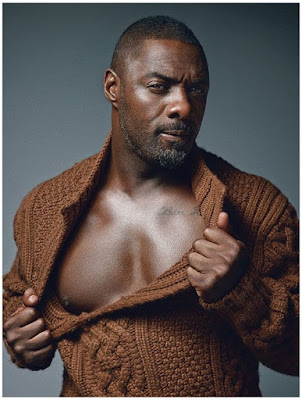 Conaughey and Idris Elba will lead the movie adaptation of his sf novel DARK TOWER to be directed by Nikolaj Arcel! Elba will be the gunslinger Roland Deschain who, in a post apocalyptic setting, is chasing villainous Man In Black, to be played by Mc Conaughey, across a wasteland! Meanwhile, Abbey Lee from GODS OF EGYPT will play cold, snake eyed, dangerous and sexy Tirana! The first, in the planned trilogy of movies, should cover Roland's relationship with his young protege who is yet to be cast.

where he accidentally sets off a series of cosmic events that transform and threaten the Ice Age World. To save themselves, Sid, Manny, Diego,

and the rest of the herd must leave their home and embark on a quest full of comedy and adventure, travelling to exotic new lands and encountering a host of colourful new characters.
Posted by DEZMOND at 8:04 PM