If you're one of the few who enjoy mediaeval comedy musical series GALAVANT (which probably won't be renewed for third season anyway), you might be sad to hear that its lead star, also known as Kylie Minogue's decades younger boyfriend, Joshua Sasse has taken the lead male role in CW's pilot for NO TOMORROW series! As 'Deadline' reports it centres on a risk averse, straight arrow, female procurement manager (Tori Anderson) at an Amazon like distribution centre. She falls in love with a free wheeling man (Joshua Sasse), who lives life to the fullest because he believes the apocalypse is imminent, leading to comedic and poignant results as they embark on a quest together to fulfil their individual bucket lists!

'THE SERIES OF UNFORTUNATE EVENTS' ADVENTURE SERIES
NEIL PATRICK HARRIS AND PATRICK WARBURTON LEAD THE CAST
In other TV news, something we announced earlier has been confirmed: Neil Patrick Harris will lead the cast of 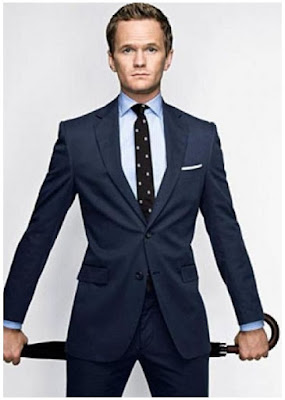 A SERIES OF UNFORTU- NATE EVENTS TV series at Netflix, as Count Olaf with Patrick Warburton playing Lemony Snicket! The eight episode series, to be directed by Barry Sonnenfeld, tells the tale of the orphaned children Violet (Malina Weissman), Klaus (Louis Hynes) and Sunny Baudelaire at the hands of the villainous Count Olaf (Harris), as they face trials and tribulations, misfortunes and an evil uncle in search of their fortune, all in their quest to uncover the secret of their parents’ deaths. You can watch Patrick Warburton this Sunday in his new NBC sitcom CROWDED too! 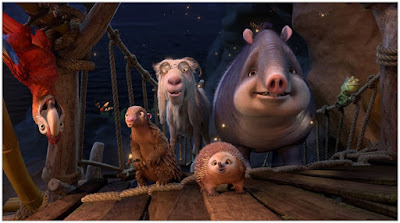 wonderful little animals on the islands. Out in US cinemas this September it will be brought through the eyes of the hero’s quirky companions, from the over-exuberant parrot Tuesday to the snack- 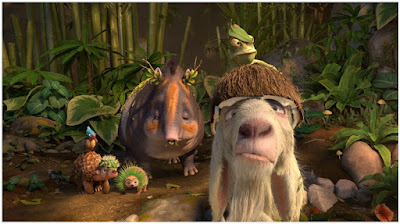 obsessed tapir Rosie, from the persnickety echidna Epi to the acrobatic pangolin Pango, from the ditzy goat Scrubby to the commonsensical kingfisher Kiki and the always-cool chameleon Carmello!
Posted by DEZMOND at 8:06 PM