Now, you know, that beside being one of web's leading spots for all things epic, HOLLYWOOD SPY is also a huge supporter of romcoms :) They bring sunshine to our lives. And here's a new one according to "Variety": Jamie Bell and Kate Mara will headline FIGHTING JACOB, in which Bell will play the title role of Jacob "The Manic Maniac" Rosenthal, an up-and-coming boxer whose extreme OCD is the key to his success in the ring. After a devastating breakup with Mara's character, he's forced to evaluate his many neuroses and whether or not he can be truly happy and a great fighter at the same time. We've seen Bell recently in  MAN ON A LEDGE and THE ADVENTURES OF TIN TIN and he is currently shooting the apocalyptic SNOW PIERCER with Chris Evans and Octavia Spencer. And as you remember Jamie Bell has shaped his body to perfection for his role in Roman epic THE EAGLE alongside Channing Tatum, so he won't have problems playing a boxer.

HOLLYWOOD SPY HEADLINES
Well, it was only to be expected. After reboots of all possible superhero flicks (the latest one being this summer's SPIDERMAN reboot, and then the SUPERMAN reboot 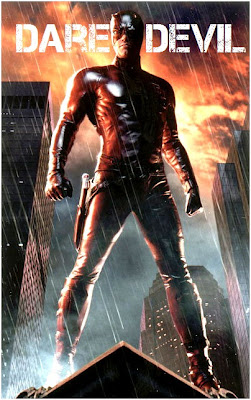 next year with Henry Cavill) DAREDEVIL is the next in line to get some new groove. According to "Deadline", with the early success of THE AVENGERS in Europe, Marvel and 20th Century Fox have hired a newcomer David James Kelly to pen the reboot. The story will apparently be based on "Born Again" comic book, which finds the Kingpin uncovering blind lawyer Matt Murdoch's red-suited alter ego, and using that information to destroy him. However the filming itself probably won't happen any time soon, since first in line are the new sequel to X-MEN and a reboot of THE FANTASTIC FOUR! As you remember Daredevil was played by Ben Affleck and Kingpin by Colin Farell, and both were rather horrid in their roles. 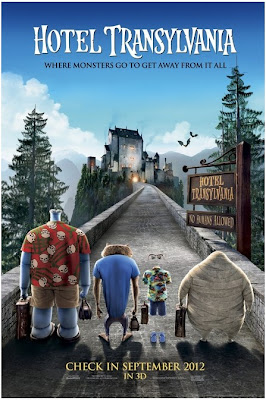 will hit cinemas this September set in Dracula's lavish five-stake resort, where monsters and their families can live it up, free from meddling from the human world. But here's a little known fact about Dracula: he is not only the Prince of Darkness, he is also a dad. Over protective of his teenage daughter, Mavis, Dracula fabricates tales of elaborate dangers to dissuade her adventurous spirit. As a haven for Mavis, he opens the Hotel Transylvania, where his daughter and some of the world's most famous monsters - Frankenstein and his bride, the Mummy, the Invisible Man, a family of werewolves, and more - can kick back in safety and peace. For Dracula, catering to all of these legendary monsters is no problem - but his world could come crashing down when one ordinary guy stumbles on the hotel and takes a shine to Mavis. Adam Sandler will give his voice to Dracula, Kevin James is Frankenstein, Fran Drescher is his bride :),  David Spade is Quasimodo, Steve Buscemi and Molly Shannon are married werewolves and Cee-Lo Green is Mummy!
Posted by DEZMOND at 12:00 AM