EXCLUSIVE TALK WITH SIMON NADER FROM "THE BORGIAS" AND "WORLD WITHOUT END"! JOSH DUHAMEL IN NICHOLAS SPARK'S "SAFE HEAVEN"?

Our ladies will be happy today, since HOLLYWOOD SPY is hosting two hunks in today's post. First comes Josh Duhamel, who is, as "Variety" reports, currently negotiating to take the lead role in the movie adaptation of

Nicholas Sparks novel SAFE HEAVEN for Relativity Media. Sparks' THE LUCKY ONE is currently going quite nicely in cinemas with Zac Efron (it earned around $22 million last weekend) and last year DEAR JOHN with Channing Tatum also became a huge hit,, and the new project, to be directed by always amazing Lasse Hallstrom (CHOCOLAT), will revolve around a mysterious young woman who arrives in a small North Carolina town, after which her reluctance to join the tight knit community raises questions about her past. Slowly, she begins putting down roots, and gains the courage to start a relationship with a widowed store owner who has two young children. The widower will be played by Duhamel, which would be his first time to take a more serious romantic role. The film is scheduled for release next February, so they have to hurry to find the lead actress. PS click if you wanna see the naughty pic from Josh's early days :) 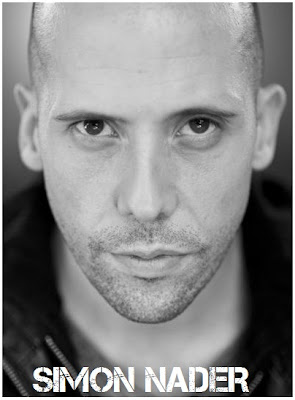 END epic mini series,the follow up to THE PILLARS OF THE EARTH. HOLLYWOOD SPY has asked Simon about his impressions from the sets of these two projects, and he gave us his answers, being extremely kind and nice.

DEZZ: SIMON, WHICH ROLE ARE YOU PLAYING IN THE UPCOMING EPIC SERIES "WORLD WITHOUT END"?
SIMON I play the role of "Man with Terrier" in WORLD WITHOUT END which means I had a small dog competing with me for screen time! That dog is going to steal the show, I promise. A big star of the future, but one who needed to be controlled with chunks of sausages every now and then. They say don't work with children or animals, but I'd work with that dog again in a heartbeat. He made me look good! I probably got a lot more attention on set than I would have done without a dog too. I've never been surrounded by so many pretty extras! 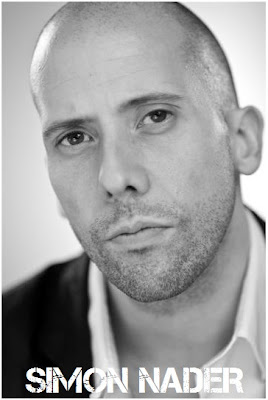 DEZZ: I BET THOSE EXTRAS THINK THE SAME ABOUT YOU, SIMON :) HOW MUCH PREPARATION DID YOU HAVE FOR THIS JOB? AND HOW WAS IT WORKING WITH FAMOUS DIRECTOR MICHAEL CATON JONES?
SIMON As my character is from the English west-country, I got to work with a dialect coach and although it's a one-scene role, it's always important to get these things spot-on, for the actor and for the production as a whole. WORLD WITHOUT END is a truly epic mini-series, and the director Michael Caton-Jones has such a great reputation in the industry, so to be directed by him on this was a privilege, especially as he, like all my Scottish side of the family are huge Celtic fans! 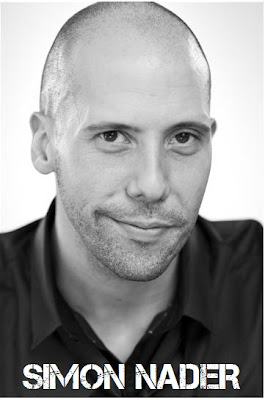 DEZZ: OH, SIMON, HOLLYWOOD SPY HAS ALWAYS BEEN A HUGE FAN OF EVERYTHING CELTIC :) WE'VE DONE A HUGE SPOTLIGHT ON THE SERIES RECENTLY, BUT CAN YOU GIVE US YOUR IMPRESSIONS FROM THE SET?
SIMON As always, I can't say anything about the plot for contractual reasons, but I think this production will blow people away whether they were fans of Pillars of the Earth, or they are just tuning into WORLD WITHOUT END without having seen Pillars. A lot of hard work went into it and there are of course some fantastic actors involved but the production department deserve a massive amount of plaudits. The sets and costume design are breathtaking, and of course there's nothing more helpful for actors than feeling like they are part of authenticity. I'm certain the viewers at home will feel equally transported to an authentic medieval world, and I'd hope that fans of Ken Follet's original novel will enjoy the series too. 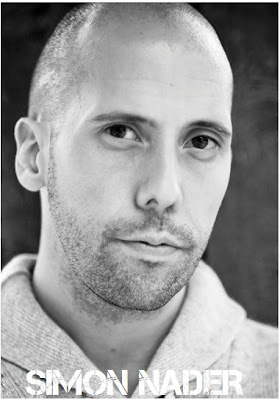 DEZZ: WHAT ELSE ARE YOU WORKING ON? I KNOW YOU HAVE A ROLE IN "THE BORGIAS" AS WELL?
SIMON Yes, I'm also in two episodes of the second series of THE BORGIAS, an equally epic series so 2011 was a great year for me in terms of work. To be involved in two of the biggest productions an actor can be cast in, (and to get to work with the cleverest dog in TV) well, that's not bad at all is it? I really hope the readers of Hollywood Spy enjoy WORLD WITHOUT END; I can't wait to watch it myself.

I'M SURE WE WILL LOVE THE SERIES, AND WE CAN'T WAIT TO SEE YOUR ROLE IN IT TOO! HOLLYWOOD SPY WISHES YOU THE BEST OF LUCK IN YOUR CAREER, WHICH WE WILL BE FOLLOWING WITH GREAT SUPPORT!
Posted by DEZMOND at 12:00 AM