Freshly released this weekend is the first trailer for action drama FIRE WITH FIRE which, quite surprisingly goes straight to DVD market November 6th. The film 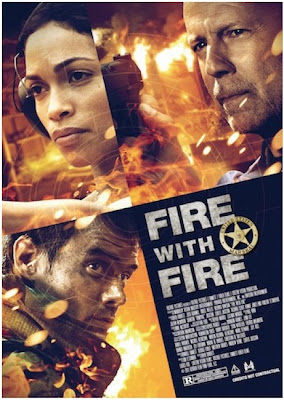 has a stellar cast including Josh Duhamel, Bruce Willis, Rosario Dawson, Julian McMahon, Vinnie Jones and Vincent D'Onofrio. After witnessing the brutal murders of a convenience store owner and his son, firefighter, Jeremy Coleman (Duhamel) barely escapes with his life. As he is forced to testify against a crime lord, he is placed in the witness protection program under the watch of the U.S. Marshals Service. As his new identity becomes compromised Jeremy is forced to take an unexpected course of action in order to get is life back and save the lives of those he loves. 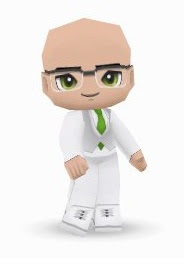 shocked with the number (which grew up ten times since two years ago), it is basically a whole city or even a smaller country. Speaking of countries, HOLLYWOOD SPY has also been visited by people from more than 200 countries around the world which is pretty much all the countries there are in the world. Those are two million stunningly gorgeous, positively beautiful and profoundly refined people (this means you ^_^) HOLLYWOOD SPY loves you all, you are the fuel that keeps us going and working even on Sundays. This is, of course, a perfect opportunity to thank some of the people who have 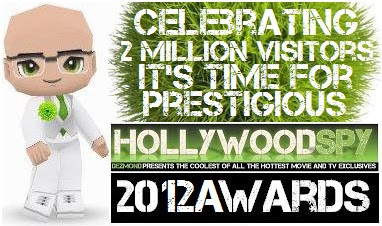 been a huge support to our website either by commenting, visiting or promoting our links around the web. So, we may start the glitzy gala event, the most glamorous ceremony in the whole blogosphere, the HOLLYWOOD SPY 2012 AWARDS! Here are the winners:


DEZMOND'S ANGELS
Like all distinguished spies :) I also have my special troops and royal forces. And my forces are winged ones, spreading their angelic wings protectively over their spy whenever the sun is too hot or rain too 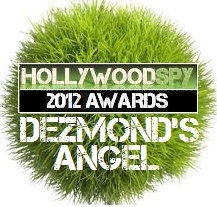 strong. The proud bearers of DEZMOND'S ANGEL title are: Anne O'Leary (my spiritual soul sister and an everpresent grace in my life), L.G. Smith (one day Peter Jackson will direct an epic saga based on her fantasy series Bards And Prophets), Lynda Young (proud to have her as my Australian angel almost from the very beginning of this site) and Faboamanto (who has also been with me almost from the beginning and is my strongest Twitter support). These four angels have never ceased to surround me with their love and warmth.


THE HEART AWARD
There are people who deserve a place in my heart or a piece of my heart, because they've been spreading the light of their own hearts around me giving me their support from day to day. They all deserve the famous annual HEART 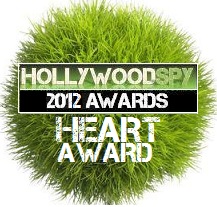 AWARD from their Spy: Elsie, who's a real fighter, Josh, who's the king of all charming nerds and the king of all superdads, Melanie, whose cooking may or may not harm you :P, Melissa Bradley, who writes the hottest novels and has even dedicated one of them to your Dezzy :), Clarissa Draper, who is the next star in the world of crime novels, Samantha Sotto, already a worldwide bestselling writer and my dearest soul at the Philippines, Heaven, the most poetical of souls, Debs, and her Royal Cat off course, Donna Hole, aka Donnzie, and Kelly, always chased by rock stars who want to take photos with her.


TWITTING HEART AWARD
As HOLLYWOOD SPY, one of web's leading sites on all things epic,historical and fantasy, has his channels on all social networks, our 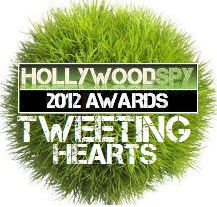 Twitter profile has become an important place from which we've been messaged, tweeted and retweeted by many celebrities when we've written about them. But HOLLYWOOD SPY would never be able to get into the company of celebrities there if we didn't have our army of twitting birds who all deserve a TWITTING HEART award:Eva Stabouli, Patricia, Choco, Meri, LukeEvansTalk, Heleen, Deirdre O'Mahony .... they all reserve an important place in HOLLYWOOD SPY's Twitting Squad!