Today's Sunday spotlight at HOLLYWOOD SPY is dedicated to something that truly looks deeply enchanting and profoundly enlightening, the 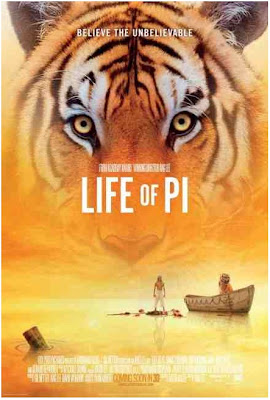 new epic drama LIFE OF PI directed by famous director Ang Lee who's given the world some of the visually (CROUCHING TIGER, HIDDEN DRAGON) or emotionally (BROKEBACK MOUNTAIN) most striking films in history. Although the official cinematic release of the film is scheduled for November 21st, the film was chosen to open the 50th Annual New York Film Festival on September 28 which makes it Lee's second movie to screen at the festival after CROUCHING TIGER, HIDDEN DRAGON served as the Closing Night Gala presentation twelve years ago. Below you also have a lovely new international trailer with an amazing usage of a Coldplay's song! 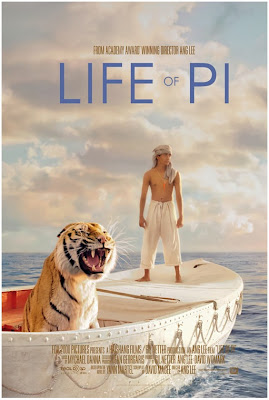 Based on the book by Yann Martel, that has sold more than seven million copies and spent years on the world's bestseller list, Academy Award winner Lee’s LIFE OF PI takes place over three continents, two oceans, many years, and a wide world of imagination. Lee’s vision, coupled with game-changing technological breakthroughs and director's mastery of intimate psychological drama as well as epic action-adventure, has turned a story long thought un-filmable into a totally original cinematic event and the first truly international all-audience motion picture. The enchanting story of LIFE OF PI follows a young man who survives a disaster at sea and is hurtled into an epic journey of 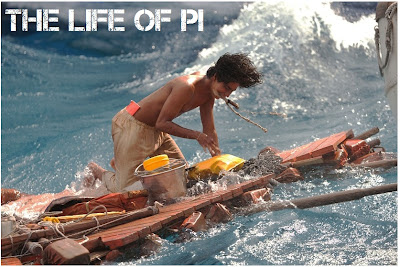 adventure and discovery. While marooned on a lifeboat, he forms an amazing and unexpected connection with the ship's only other survivor… a fearsome Bengal tiger. The full story presents a magical adventure story centring on Pi Patel, the precocious son of a zoo keeper. Dwellers in Pondicherry, India, the family decides to move to Canada, 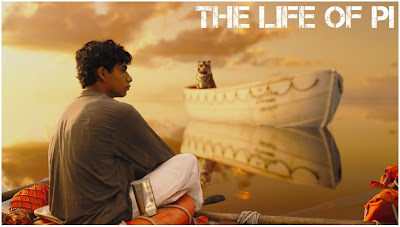 hitching a ride on a huge freighter. After a shipwreck, Pi finds himself adrift in the Pacific Ocean on a 26-foot lifeboat with a zebra, a hyena, an orangutan and a 450-pound Bengal tiger named Richard Parker, all fighting for survival.

LIFE OF PI TIDBITS
The Twentieth Century Fox release is due in theatres on November 21, 2012 with the cast that includes newcomer Suraj Sharma in the lead role of young Pi Patel, Gérard Depardieu as The Frenchman, 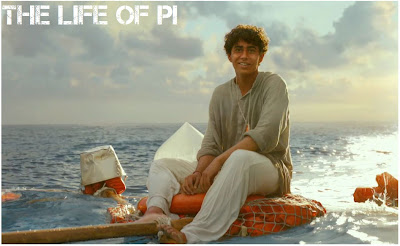 Irrfan Khan as the older version of Pi, Rafe Spall as The Writer, Tabu as Pi's mother, Adil Hussain as Pi's father, and Ayush Tandon as Pi in his childhood. The role of the writer who tells the story turned out to be the most problematic during the production: Spiderman's

Andrew Garfield was first considered for the role, but it was then given to the original Spiderman Tobey Maguire. Maguire did shoot his scenes, but was later replaced by less known Rafe Spall because the director thought that Maguire was too famous for such a small role and it would have been distracting and Lee also wanted to have an entirely 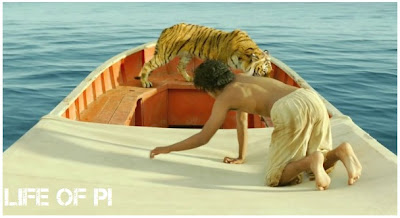 international cast. A number of directors with profound and deeply lyrical directorial sensibility have been attached to the project before Ang Lee got the job and list includes M. Night Shyamalan, Alfonso Cuarón and Jean-Pierre Jeunet. 17 year old newcomer Suraj 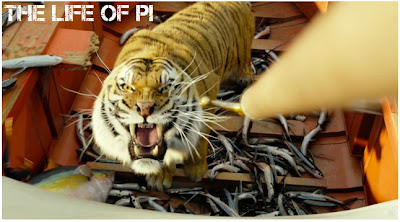 Sharma was chosen in the audition among 3,000 other boys. The film was originally supposed to premiere in December but then it was shifted a month in advance to avoid being buried in the cinematic graveyard for films which THE HOBBIT saga will create when it opens in December this year.
Posted by DEZMOND at 12:00 AM