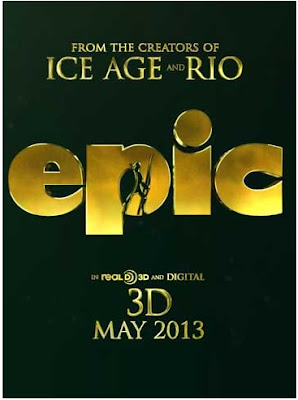 As you have noticed during last few weekends, HOLLYWOOD SPY has been spotlighting some of the most delightful of the animated movies coming to cinemas next year JUSTIN AND THE KNIGHTS OF VALOUR and THE CROODS being just some of them. Today we're spotlighting something that promises to be the biggest animated film next year - fantasy adventure EPIC from ICE AGE creator Chris Wedge.


EPIC STORY AND CAST
The new animated movie EPIC coming from 20th Century Fox studios and describing a battle set deep in the forest between the forces of good and evil comes to cinemas May 2013. This 3D CGI adventure

will actually tell the story of a teenage girl who finds herself magically transported into a secret world, where she must band together with a rag-tag team of whimsical characters to save their world - and to also 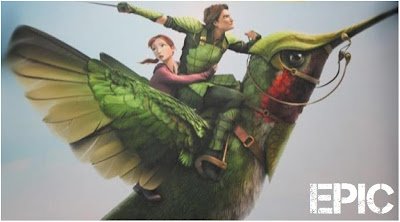 save the real world. Coming from Chris Wedge the amazing author of ICE AGE and RIO, the film will feature rather stunning voice cast which 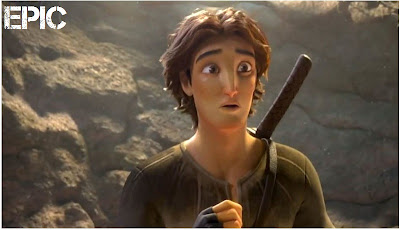 will be filled with music stars including Beyoncé Knowles as Queen Tara, Colin Farrell as Ronin, Josh Hutcherson as Nod, Amanda

EPIC TIDBITS
According to "Wikipedia" Chris Wedge was supposed to direct for Fox Animation an animated feature film based on the William Joyce's book, "The Leaf Men and the Brave Good Bugs" back in 2006. Joyce,

who had already collaborated with Wedge as a designer and producer on the 2005 film "Robots", was set to produce the film. At one point, Wedge got permission to find a new home for the film and turned 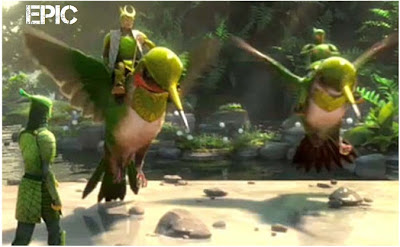 to Pixar, led by John Lasseter, whom Wedge knew from working on "Tron". But when they tried to close the rights for the film, Fox changed their mind. The film was officially greenlit in 2009, under the title "Leaf

Men" (which was reported back then by your trusted HOLLYWOOD SPY). In May 2012, Fox announced new title for the film – EPIC, its first cast and a plot.
Posted by DEZMOND at 12:00 AM