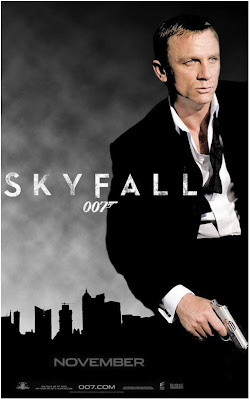 As you know, I'm not a fan of agent 007 films, but I know some of you are, so let us spotlight the latest instalment in the James Bond franchise titled SKYFALL, which is supposed to hit European cinemas this October and American cinemas later this November. It will be the twenty-third film in the series and the third time with Daniel Craig as James B(L)ond. You can also check out the new character banners and posters released this week by MGM Studios. Click on the pics to see them bigger. 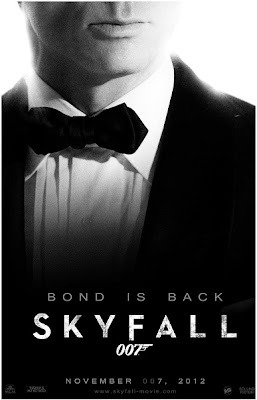 After an operation in Istanbul ends in disaster, James Bond is missing and presumed to be dead, the identities of every active undercover MI6 agent are leaked onto the internet, and M becomes the subject of a government review over her handling of the situation. When the service itself is attacked, Bond's sudden reappearance gives M the pretext she needs to seek out Raoul Silva, a dangerous villain claiming a personal connection to both of them — but as he follows a trail from London to the South China Sea, Bond soon finds his loyalty to M challenged over secrets from her past!

SKYFALL CAST
With Daniel Craig in the lead role, the helmer this time is famous Oscar winning director Sam Mendes (he was married to Kate Winslet who hated the fact that he is close to his ex wife Rachel Weisz who is

plays Raoul Silva, the main villain in the film. Ben Whishaw is the new, young Q, Bond's gadget expert. Naomie Harris and Berenice Marlohe play Bond girls, Eve and Severine, the first a field agent and the second a glamorous and enigmatic lady. 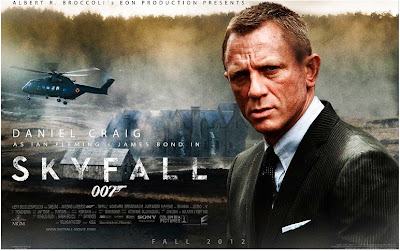 SKYFALL TIDBITS
The release of the film coincides with the 50th anniversary of the Bond franchise. 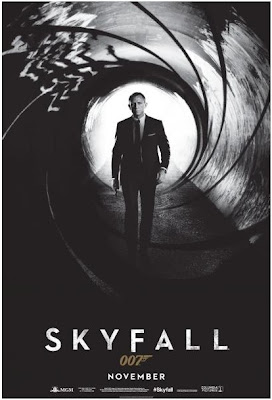 The budget of the film was a whole quarter lower than the budget for the QUANTUM OF SOLACE with $150 million spent on the production. The title of the film has an emotional context which will be seen in the film.  The film will have exotic settings as well, since parts of the film were shot in China and in Turkish metropolis of Istanbul. British singer Adele is rumoured as the performer of the title song. Olivia Wilde, Rachel Weisz and Freida Pinto were all in the running for the Bond girls roles, but they in the end went to some insignificant names.
Posted by DEZMOND at 12:00 AM