COLIN FIRTH SATURDAY: TRAILER FOR HIS "GAMBIT" WITH CAMERON DIAZ! COLIN IN "ARTHUR NEWMAN" WITH EMILY BLUNT, "SKINNY AND THE CAT" WITH CATE BLANCHETT, "THE RAILWAY MAN" WITH NICOLE KIDMAN, "BRIDGET JONES' BABY" WITH RENE ZELLWEGER 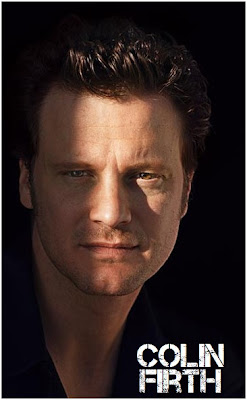 In the honour of the trailer release for his new film GAMBIT which you can see below, we shall dedicate today's post to British Oscar winner Colin Firth and his future projects. First he has ARTHUR NEWMAN film which was shown in Toronto Film Festival and in which he and Emily Blunt  play two people who, trying to escape their past, move into an abandoned house together and take on the identities of the absent owners: elderly newlyweds, a high-roller and his Russian lady, among others, but in the end discover that they love each other's true identities best. Colin's main project for 2013 will be a sweeping period drama THE RAILWAY MAN about a

soldier’s battle to overcome his torture while he was a Japanese prisoner of war and how his wife helped him in the battle by setting up a mission back to the Bridge on the River Kwai, where her husband confronted the interpreter at his interrogations. Nicole Kidman plays his wife and Jeremy Irvine plays young version of Firth's character alongside Stellan Skarsgard and Sam Reid. Another charming duo will be Colin Firth and Cate Blanchett in SKINNY AND CAT, which depicts American photographer Margaret Bourke-White's marriage to novelist Erskine Caldwell in the late 1930s.The 2014 film will be directed by Barbra Streisand! Somewhere along the way, Firth should also join Rene Zellweger and Hugh Grant in BRIDGET JONES' BABY recounting Bridget's life in her 40s! 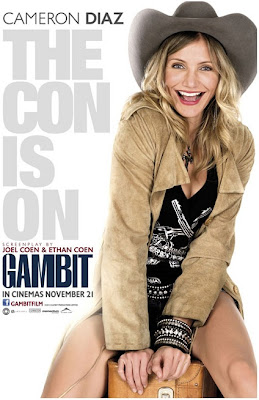 and Cameron Diaz in the cast, alongside British actor Alan Rickman and Stanley Tucci. Opening in Britain later this November, the story follows a private art curator Harry Deane (Colin Firth) who devises a finely crafted scheme to con England's richest man and avid art collector, Lionel Shabandar, (Alan Rickman) into purchasing a fake Monet painting. In order to bait his buyer, he recruits a Texas rodeo queen (Cameron Diaz) to cross the pond and pose as a woman whose grandfather liberated the painting at the end of WWII. The film is directed by Michael Hoffman who helmed Leo 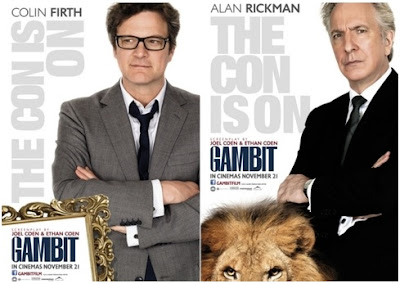 Tolstoi film THE LAST STATION with Helen Mirren, Christopher Plummer and James McAvoy. And as you will see everybody is naked in the trailer - Rickman is full nude, Firth is pantless and Cameron is in her lingerie :)
Posted by DEZMOND at 12:00 AM